It wouldn’t be the start of winter without an announcement from Alpenglow Sports about who’s going to be telling tales and showing slides in their monthly Winter Speaker Series. For 17 years, the speakers have been regaling an ever-growing crowd with stories about climbing the world’s tallest peaks, scaling the craggiest walls, sluicing the gnarliest rivers, and crossing the hottest deserts. With so many sports achievers in North Tahoe/Truckee (and beyond), there’s no shortage of new epics. (Moonshine Ink is a media sponsor for the series)

Through raffle sales that turn out extraordinary gifts from sponsors, the events have raised more than $1,000,000 nonprofits over the course of the event. For 2022/23, nonprofits include Slow Food Lake Tahoe, SOS Outreach, Send It Foundation, Sierra Senior Services, and Gateway Mountain Center, according to Madigan. 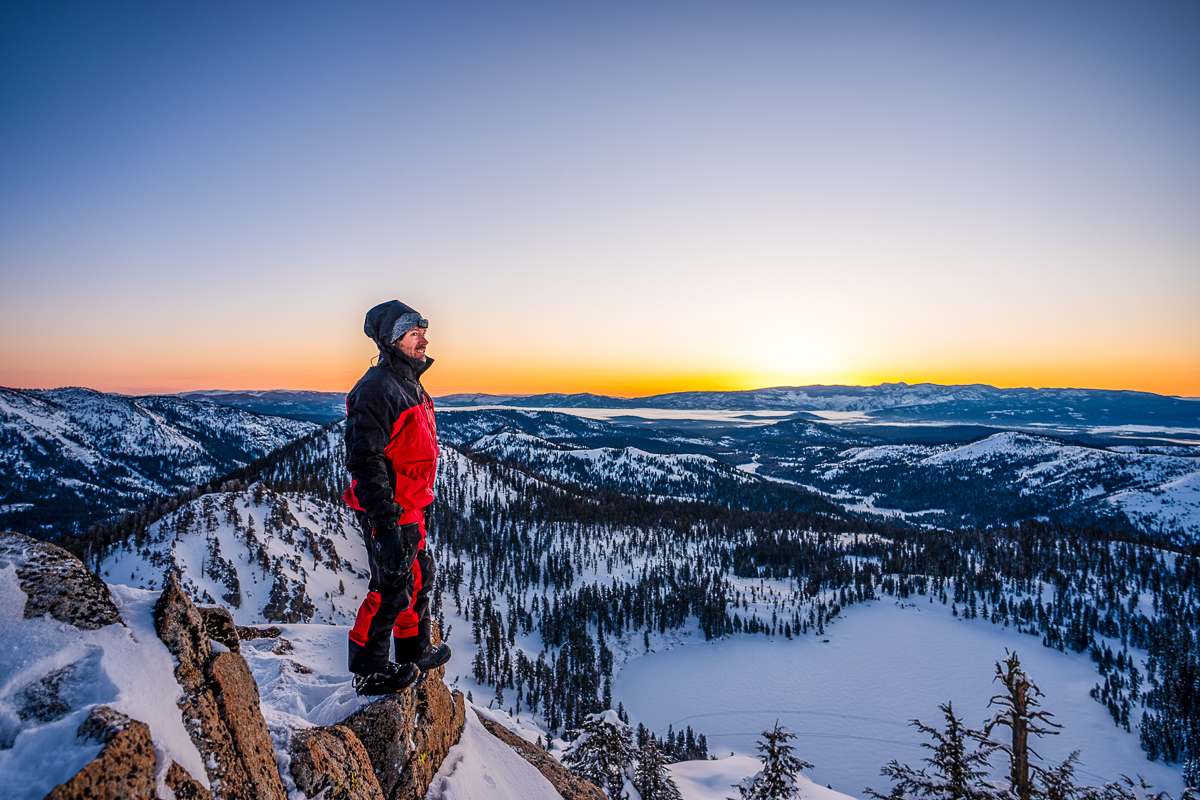 Alpenglow loves tradition, but this year’s speaker lineup will be different than before, as acclaimed mountaineer Dave Nettle, who usually kicks of the series with inspiring photos and tales of laughter and suspense, will be out of the country in December. Taking his place is no pale proxy. On Thursday, Dec. 8, Jeremy Jones will present a first-ever show, The Art of Shralpinism, based on his new book covering hard-won lessons from being a racer to an extreme snowboarding film star and climate activist.

The next show, Jan. 5, will feature professional skier, big mountain climber, and Winter Speaker Series veteran Adrian Ballinger with Third Time’s a Charm — A Journey to Ski Makalu. The fifth tallest mountain in the world, Makalu was one of only two 8,000-meter peaks that had not been skied before Ballinger’s attempts (three in the past 10 years).

On Jan. 19, Brette Harrington, an accomplished 5.13+ trad climber and ski mountaineer, will discuss her evolution in climbing and skiing. On Feb. 9, Anna Pfaff will muse on how her experiences as alpinist, expedition climber, and trauma nurse have helped to overcome the loss of six toes due to frostbite.

On March 2, the crowd will finally welcome Nettle. The series co-founder will share stories from a hut-to-hut ski tour on the French Vanoise Haute Route. The trip, which lies mostly within the Vanoise National Park, traverses some of the most remote and dramatic high alpine glacial terrain in the Alps. The ski mountaineering narrative will some of the keys to having successful travel, friendships, and adventures.

All free shows begin at 7 p.m. at the Olympic Valley Lodge at Palisades Tahoe. The 2022/23 season will also be livestreamed Alpenglow’s YouTube channel.