Home Columns Editor's Note How I Combine Church and State 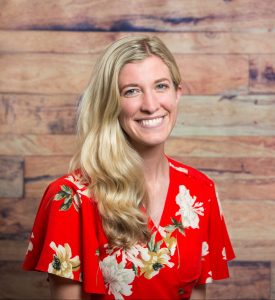 I’m going to start this editorial off with a few self-descriptive words.

If the current political climate has taught you anything, those words very often mean one thing – Republican. I’ll add to the stereotype: I was born and raised as a member of the Church of Jesus Christ of Latter-day Saints (casually known as the Mormon church), and I’m still a member today. I attended Brigham Young University (owned by the LDS church) in Provo, Utah (among the reddest of red states), for my undergrad, and in 2016, I was married in the LDS temple in Las Vegas.

Yet since I first turned 18, I’ve declared myself as a Democrat.

I’ll admit, such a declaration hasn’t yielded many hardships — a couple of Obama stickers ripped off my car, casual teasing from college friends, or comments made during church functions about liberals and their lack of worthiness.

While my religious leaders make an effort not to endorse specific candidates or platforms from the pulpit (gay marriage aside), the overwhelming culture within the LDS church is one of Republican ideals.

Data backs that up. A 2010 Gallup poll found that LDS members were the most conservative religious group in the U.S.: 59% identified as conservative, 31% as moderate, and a mere 8% as liberal. In 2017, Donald Trump’s job approval by religious ID was highest among the LDS, at 61%.

Aside from the irony of Trump representing a political party that preaches morality and a Christian-centered government, I believe the values preached and practiced by Jesus Christ align more closely with liberalism. Christ cared for the poor, healed the sick, and forgave those even in the midst of sin.

When Christ taught about the attributes of a person who would make it into heaven, he stated, … Inasmuch as ye have done it [fed the hungry, clothed the naked, etc.] unto one of the least of these my brethren, ye have done it unto me: Matthew 25:40.

The Christianity culture I so often witness waxes poetic over Christlike love, but puts forth justice over mercy and criticism over understanding. For example, when my brother chose to cut short his LDS mission in 2014 due to mental health concerns, he was called unfaithful and told his family wouldn’t love him anymore. These harsh attitudes have seemed to be ossified in my church for generations. Yet in the last few years, I’ve noticed political ideologies starting to shift. According to Pew Research and based on exit poll data, despite those of the LDS faith voting heavily for the Republican candidate during presidential races of the past two decades, there’s some downtrend: 80% voted for Bush in 2004; 78% for Romney in 2012; and 61% for Trump in 2016.

In an early 2020 national study by the Democracy Fund + UCLA Nationscape, 58% of the 1,300-plus LDS members surveyed said they would support Trump over his Democratic opposition, Joe Biden. A minor dip from the 61% in 2016, but a dip nonetheless.

Friends have asked before why I stay in a religion that doesn’t mirror my political beliefs. My answer to that is the contrary: The foundation of my religion does mirror my political beliefs. When you push aside the dominating culture of the LDS religion, its fundamental doctrines circulate around the two great commandments – loving God and loving others. I try (sometimes very poorly) to love others, and that is a practice I want to see reverberate up the chain of leadership that guides this country, both in my church and in my government.

I echo the sentiment of former Nevada Sen. Harry Reid, who once said, “I am a Democrat because I am a Mormon, not in spite of it.”

A Love Letter to Books 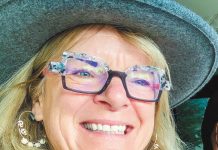 Through Conflict and Celebration, Moonshine Ink Tells the News

How I Combine Church and State
Family

How I Combine Church and State
Arts & Culture

How I Combine Church and State
Sports & Outdoors
All Day

How I Combine Church and State
Business