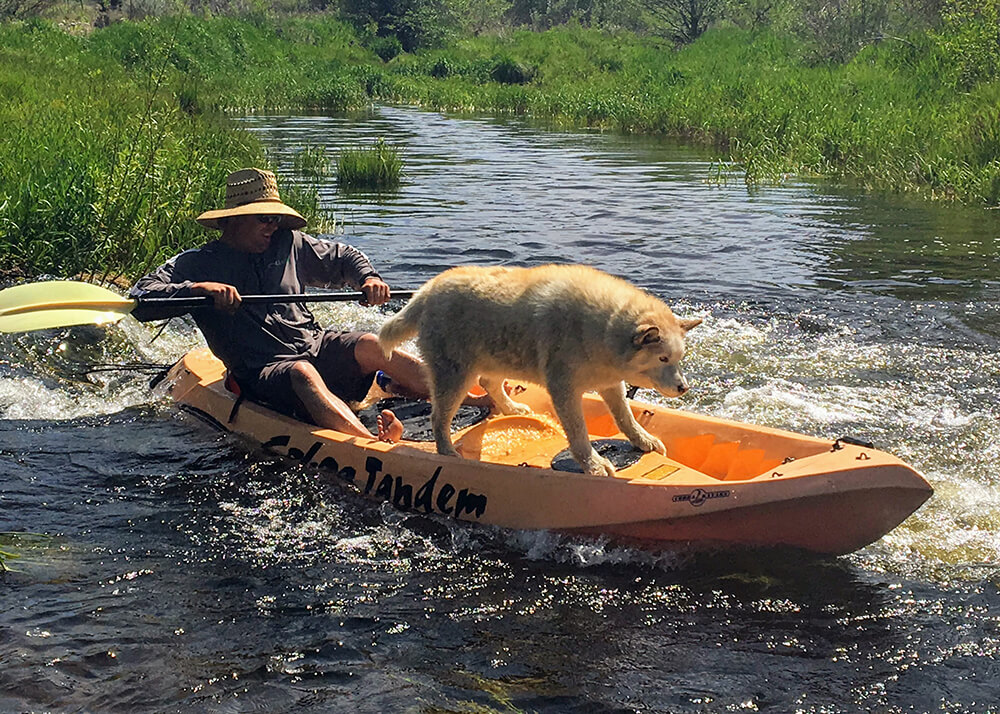 Mid-summer in Truckee and North Tahoe means hunting for a place to cool off, duck into nature, and seek peace from traffic. A popular option can be a drift down the Truckee River, but a few hours alongside 1,000 other six-packs isn’t exactly a tranquil time on the water.

Instead, pack your tubes and coolers and book north on Highway 89 to float the wild and scenic Middle Fork of the Feather River. The trip starts in Clio and ends slightly outside of Graeagle near Blairsden.

Don’t fret about the “wild” part of the Feather’s federal designation — you’ll float what’s classified as recreational on a stretch that mimics the size and flow of the Truckee.

Two cars are needed to do it right. Drop your return ride at a rocky beach below the first bridge crossed after passing Graeagle. The put-in is at Highway 89 and Lower Main Street in Clio; park on the left across the bridge.

Generally, you’ll float along, paralleling Highway 89 and never more than a five-minute walk to a house or a busy street. There are ample places to paddle ashore and snack, and you’ll glide by the fairways of Graeagle Meadows Golf Club.

My friend arranged this trip on Memorial Day of last year, and we encountered only a few other boaters. Our dogs bounced along the banks and safely jumped in and out of the Class 1 and low 2 rapids. I used an inflatable SUP to add some spice.

This quick trip isn’t only about the river. Aprés float, replace the River Ranch’s boozy Class V with a seasonal Uncle Elliot’s IPA at The Brewing Lair, a forested retreat that’s only a two-minute drive from the takeout. The Blairsden-based craft brewery is a woodsy respite for beer sampling, slack-lining, disc golf, and passive basking in the solace of a northern Sierra summer. Take a self-guided tour of the brewery if you like. I can’t recommend enough the art of doing nothing when at a place like The Brewing Lair.

Grills and tables are on site, and visitors can tote along whatever food items pair best with your beer preference. Bringing your own wine is okay, but leave the river beers in the car.

Check the conditions of the Middle Fork of the Feather River by calling the Plumas National Forest’s Beckwourth Ranger office at (530) 836-2575. The Brewing Lair is open every day during the summer until dark.