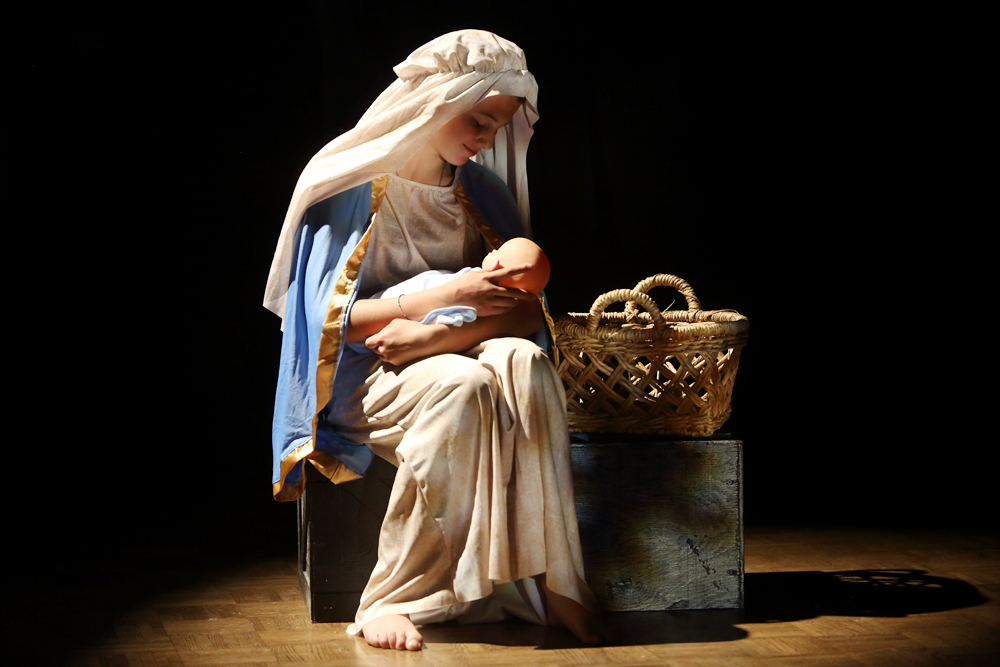 Experience the birth of a new holiday tradition with the Truckee Community Theater’s pairing of family-oriented magical holiday one-act plays. Appropriate for everyone ages 3 to 103, the two plays are separated with an intermission that will include the best parts of Christmas: Hot cider and chocolate, Christmas carols, and the warmth of community.

The first act, The Best Christmas Pageant Ever, is a 90-minute story with a hilarious beginning and a poignant ending. It follows a group of rag-tag troublemaking children as they stumble into the leading roles of the town’s Christmas pageant, and are profoundly affected by the story within the play itself.

The antagonistic protagonists of the play, the Herdmans, are a group of young bullies who have grown up as foster children. They end up being tricked into going to Sunday school when looking for free food and stumble into a casting, which leads to them getting the lead parts to a biblical play they don’t quite understand. After proceeding to sabotage every step of the pageant process, it is not until the night of the actual show, when a profound change takes place, that the Herdmans find their true character.

“We all have beauty inside our souls, and sometimes kids just need to be given a chance to rise to that point,” said Courtney Simson, head of the Truckee Community Theater, when describing the message of the first play.

Simson, who is also directing and producing both plays, said the intermission will include hot cider and Christmas music in the lobby. The next act will start with a performance by a group of talented local singers, followed by a hand bell choir.

The second act, running at 40 minutes, is an adaptation of a short holiday story by Truman Capote, based on a series of memories revolving around the aunts who raised him during the Great Depression. Two of the aunts were mean-spirited women, but one of them, named Sook, had a very “childlike spirit,” according to Simson.

“She [Sook] has one of those abilities to make every moment fantastic, to make something out of nothing, and to make things sparkle for this child who has nothing,” Simson said.

Simson said she hopes this event will be the start of a yearly community tradition at the theater for the whole family.