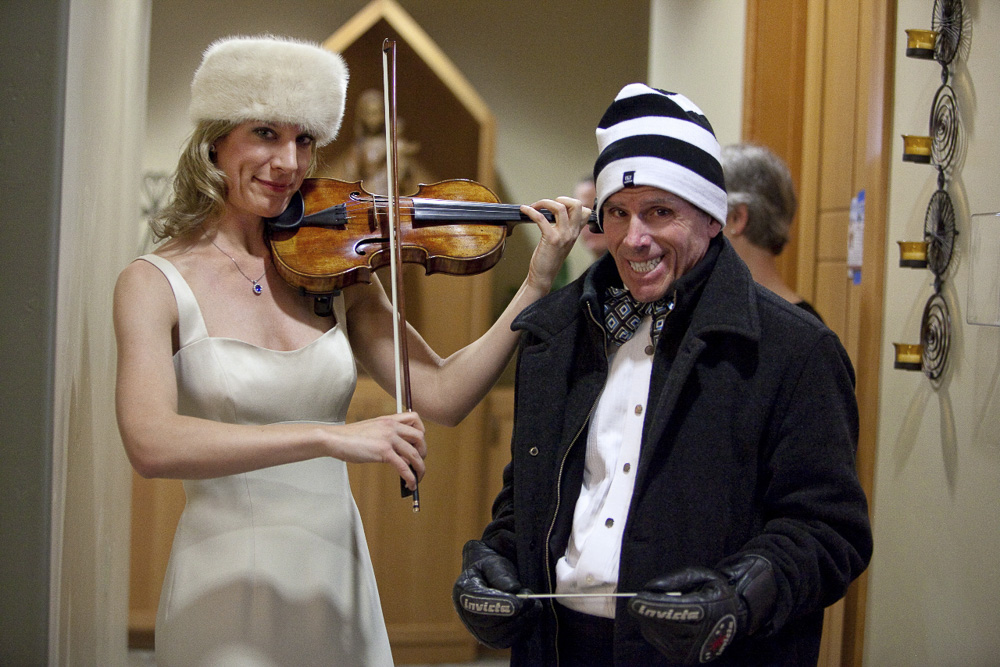 The Dutch word gezelligheid loosely translates to a cozy or quaint atmosphere, or a togetherness that causes feelings of warmth. For some people, as the temperatures drop and frost covers the landscape, there is nothing more gezellig than the warm tones and harmonies of classical music. Warm up to winter with TOCCATA, the Tahoe Symphony Orchestra & Chorus, at the group’s annual Messiah Concerts in December and Brrroque Masters performances in January.

TOCCATA celebrates its 10th anniversary in 2015, and has been conducted by James Rawie since its inception. The conductor did not intend to create a musical organization after moving part-time to Incline Village in 2001 (he and his wife also have a home in Puerto Rico), but as Rawie became involved in the local musical community, it took form. The group’s name was inspired by the Spanish verb tocar, which can refer to playing music, as well as the term for a light, quick style of piano playing (toccata). TOCCATA also stands for The Orchestra and Community Choral Artists of the Tahoe Area.

TOCCATA features musicians from all over the region, from Truckee to South Lake and from Carson City to Gardnerville. According to Rawie, “We’re like the central melting pot of people who like to do what we do.” Because the group offers an opportunity for professional-level musicians to perform, as well as providing high quality, affordable performances, Rawie feels TOCCATA is responsible for touring and sharing classical music with the region.

TOCCATA’s most celebrated annual performance — which gained the group popularity in the early days and continues to sustain it — is its annual Messiah Concerts, which combine symphonic renditions of classical Christmas songs with songs from Handel’s classic Messiah composition.

“It’s a Christmas tradition. You don’t have to know much about classical music to enjoy it, and almost all of it is happy sounding,” Rawie said. “Whether you’re a TOCCATA fan or not, it’s a very positive performance. Messiah is sort of our landmark.”

Even though Rawie said it doesn’t attract a large turnout, every Easter TOCCATA also performs Bach’s Passion, an oratorio set to the biblical texts depicting Christ’s last days that was lost for more than 150 years. “I will not let Passion get lost again,” Rawie said, explaining that TOCCATA strives to highlight lesser-known classical pieces in addition to more popular tunes.

TOCCATA kicks off 2015 with the Brrroque Masters series in January, featuring compositions by Fasch, Vivaldi, Teleman, and Marcello. From there, it will uphold its usual schedule of eight more concert series throughout the year, plus a performance tour through Italy in April. Rawie is honored to bring the L.A.-based, world-class violinist Elizabeth Pitcairn on board for the Italy tour and for a concert series in February. Pitcairn performs violin concertos on the legendary, Italian-made Stradivarius violin from 1720, and has been collaborating with TOCCATA since meeting the group through friends in 2009.

“I build my season around her and her willingness to come play with us. These are the things you dream about,” Rawie said, who hires a guard to keep Pitcairn and the 294-year-old violin safe during their time in Tahoe. “No one ever thought TOCCATA would grow and keep on going; even I didn’t. When you get to your 10th anniversary, you’re not going anywhere. We’ve become a part of the landscape.”

TOCCATA’s Symphony Orchestra and Chorus Winter Concerts
Business
9:30 am / 10:00 am