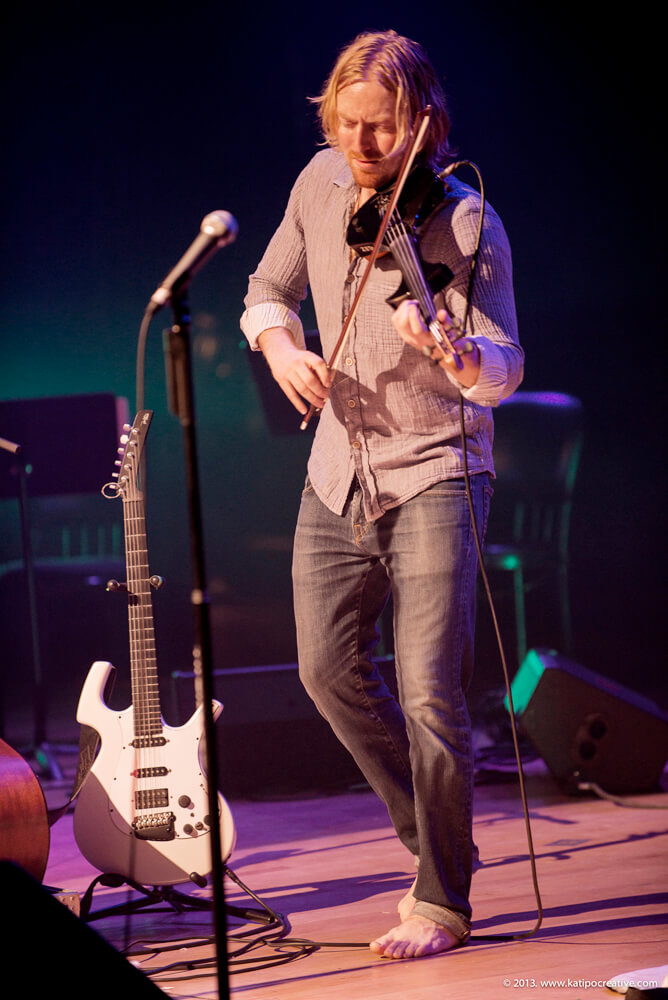 Currently on tour promoting his “Let Go, Jump in the River” CD, Reno native and violin extraordinaire Tim Snider is jazzed about returning to his homeland for performances at Reno’s MidTown Wine Bar and the Hyatt Lake Tahoe’s Lone Eagle Grille in Incline Village this October.

Home means music, and music means family — and for Snider, 30, it’s one with a rich musical legacy and early accolades. Before her death, Snider’s grandmother held two-month-old Tim in her arms and prophesied, “Finally, this will be my violinist.”

“I love getting back to the area, especially just being able to spend some time in the mountains, around Tahoe, and jump in the lake,” Snider said via phone from a California tour stop. “Those are the things that make me feel like it’s home.”

At 3, he implored his mother for violin lessons after seeing Itzhak Perlman on “Sesame Street.”

Unquestionably a prodigy, Snider focused on classical music, performing the role of concertmaster with the Reno Junior Philharmonic when he was just 10.

“As a kid, I was always at UNR, studying with older kids,” recalled Snider, whose violin-virtuoso great-grandfather studied at Harvard and Julliard, and was instrumental in establishing the music program at the University of Nevada, Reno. A seasoned teen player, Snider explored guitar, rock ‘n’ roll, and the world music scene.

Snider has performed throughout the states and in Cuba, Mexico, and Canada. But it was Spain’s unforgettable strains of flamenco guitar that influenced his sound the most. His early professional days were highlighted by his musical alliance with El Salvadoran guitar standout Milton Merlos, and eight years with Reno’s popular Sol Jibe, the band he founded with Merlos. Now a thriving solo artist, Snider appreciates those lean years.

“I learned so much. Milton and I started [Sol Jibe]. We just went for it: got on the road, ate peanut butter and jelly sandwiches, slept on people’s couches,” Snider reminisced about his mostly penniless start as a musician. “We were in Spain, and didn’t pay for heat in our place. We’d get so cold we had to warm our fingers up to practice. We ate one meal a day, so we could spend our money on guitar lessons.”

As Sol Jibe disbanded, an exhausted Snider reflected on where he’d been, and contemplated where he was going. Eighteen months ago, with no preconceived expectations or set schedule, he took a leap of faith and moved to Portland, Ore., “if for nothing else than to expand my musical growth,” he said. Over a year later, and deep in his solo career, Snider is passionately engaged in the throes of a self-actualized musical evolution, performing and recording with artists as independent as he is. He is committed to not being confined to genres.

Recorded in New York, “Let Go, Jump in the River” illustrates an exciting new chapter in this singer-songwriter-instrumentalist’s original music. “I am very proud of the album. I put a lot of work and heart into it,” Snider said. “It’s a collection of stories from the last year … just processing tough things, good things, just life really.” And when considered within the context of Snider’s musical journey over the past three decades, the title is quite appropriate. “The title is an encouragement, to myself and others, to let go of our baggage and the things that hold us down, and really just jump into life,” he said. “If we just have the courage to do that, I believe there’s good things comin’.”