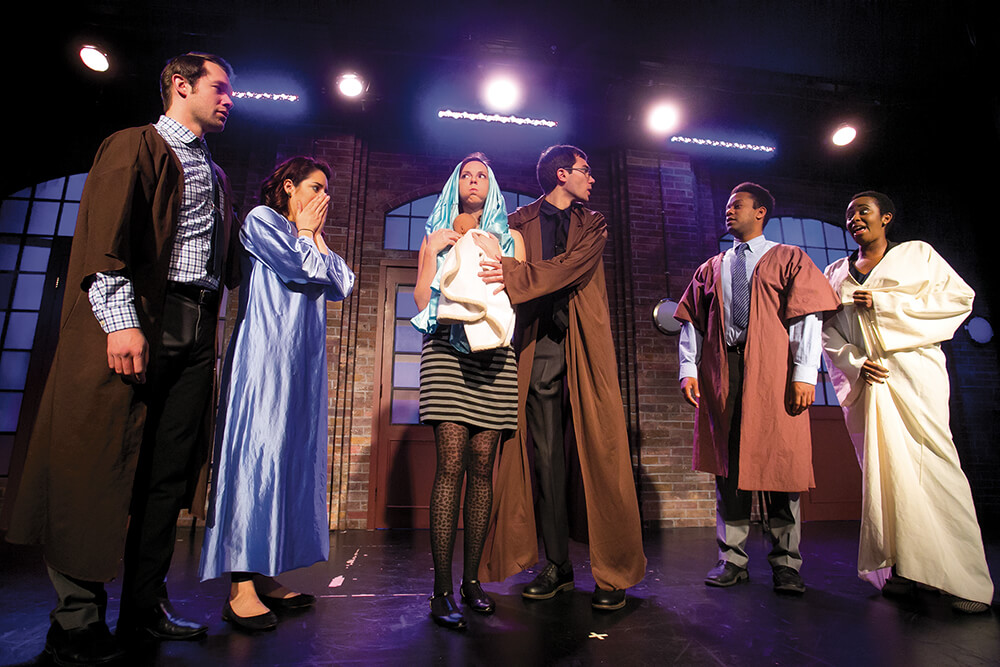 Get a fresh dose of the best medicine when comedy troupe The Second City Hits Home stops in Nevada City this February. The comedy theatre formed in Chicago in 1959 and boasts an alumni list packed with big names like Harold Ramos, Dan Aykroyd, Bill Murray, Tina Fey, Mike Myers, Steve Carell, and the list goes on.

From The Second City’s early days of a single theatre in Chicago, it has evolved to include a second resident stage in Toronto, several training centers, and 11 touring companies that deliver laughs around the world. The Second City Hits Home members research each stop along the tour to best customize their jokes, sketches, and crowd banter to each hometown audience.

“What’s beautiful about a show that’s specific to where it’s taking place is that we can localize on the spot because of improvisation,” said Joe Ruffner, who has produced the touring company shows since 2010, and the Chicago shows for five years prior. “We talked to people who live in Nevada City, and we structure [the show] in a way that finds the humor that living in Nevada City provides for its residents.”

While it’s impossible to predict upcoming performances, the sketches play to the audience’s sensibilities, focusing on relevant political and social satire — both national topics and specific histories and controversies of each city on the tour — all while incorporating its signature style of sketch comedy and improvisation.

“Second City’s roots are in using improv to build the theatre,” Ruffner said. “It succeeded as a comedy outlet, but was built to find truth in the human experience … which can be innately funny when you’re talking about it with an audience.”

Ruffner sees comedy as experiencing a boom, especially because the industry’s visibility has increased thanks to the Internet, Netflix, and more comedy-focused television shows like those on Comedy Central. Throughout it all, Second City has remained one of the most influential comedy groups, continuing to bring onto its team superb writers and actors that sometimes hardly grace the stage before they’re swooped up by television producers.

“I’ve had people plucked off of the touring company to be on The Colbert Report, and Drunk History on Comedy Central is produced by someone who toured with us,” Ruffner said.

“When our actors graduate, the connections are already established, and that success breeds more success.”