Home Columns Savvy Stacks The Donner Party — How Well Do You Really Know Their Story? 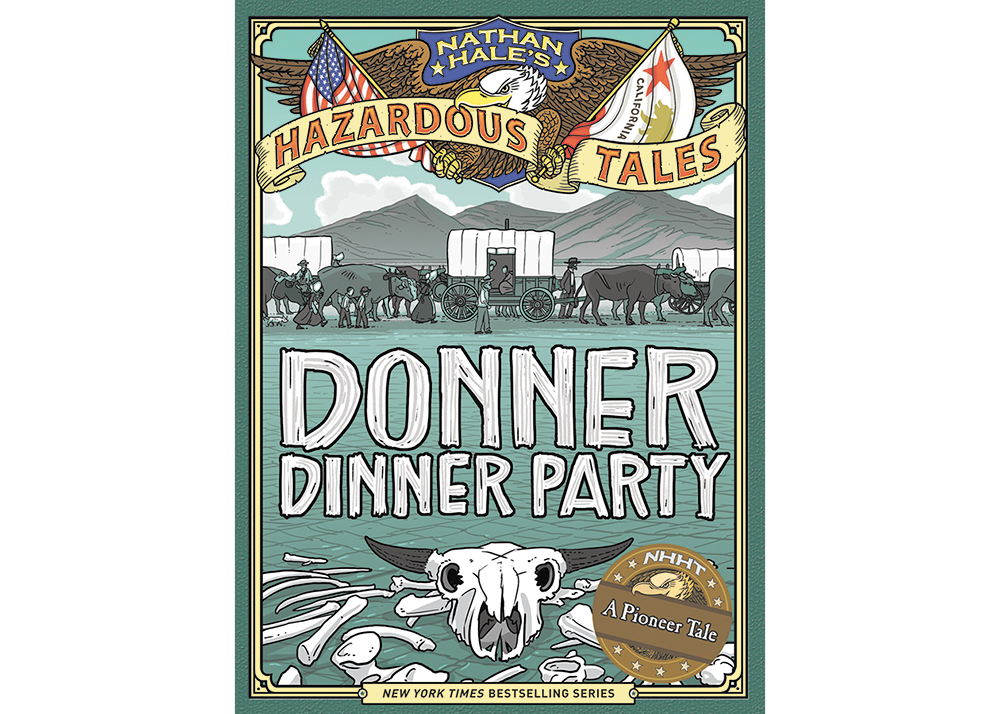 One hundred years ago on June 6, 1918, a tribute to the Donner Party and all the 19th century pioneers who ventured across the plains to California was unveiled at Donner Memorial State Park before a crowd of 3,500 onlookers, including three surviving members of the Donner Party. Called the Pioneer Monument, the statue at the south end of Donner Lake is one of the most powerful, poignant, and significant monuments still standing in the United States, in a time when national monuments are being decommissioned and funding is tight for State and National Parks.

More than 300 books have been written about the Donner Party, whose miscalculations, bad luck, and harrowing entrapment in the Sierra Nevada set them apart from other westward expeditioners. At the same time, their journey represents common themes of the pioneer movement — the striving of individuals to achieve the American Dream, obtaining land, wealth, and a better future for their children. On a broader level, it represents Manifest Destiny, a mid-19th century belief that America was exceptional and that God’s plan for Americans, namely white, Christian, Anglo-Saxons, was to claim the entire continent. The enslaving of African Americans, the “relocation” of American Indians, and the seizing of California from Mexico were part of the plan. The bitter consequences of this legacy are still with us and point to a fundamental question: “Who is entitled to be called an American?”

What also fascinates people about the Donner Party is the unique character of each of the travelers, and how they responded to the tests of extreme hardship that determined their fates. Reading about the Donner Party provides an opening to reflect on our fundamental beliefs and capacity to deal with struggle. One might also wonder if there were opportunities for the Donner Party to meet a different fate, aside from making the decision to take the Hastings Cutoff, an untested trail that lengthened their journey across Nevada, pushing them into an early and bitter snowstorm in the Sierra. In an instance during the worst times of their starvation, two Native Americans appeared at the camp and shared food with the Donner Party. It is thought that there were Native Americans in the area all along, but because of their experiences with white people, they were afraid to interact.

We recommend several books from the Truckee Library that further explore the details of these historic events.

This engaging story is told in the voice of a 4-inch wooden doll, the prized possession and best friend of Patty Reed, who was the 8-year old daughter of James Reed, a pivotal figure in the Donner story. Patty had other more beautiful dolls, but this one fit in her apron pocket and went everywhere with her, including on the wagon train west. The story paints a picture of an energetic family life on the trail, the happy early days on the prairie, including botany lessons, campfires in the evening, and the celebration of Fourth of July. Patty’s warm family relationships resonate throughout the book, especially her bond with her tomboy big sister, “Puss” (Virginia), who rode the trail on her horse, Billy. As hardships grow, the narrative grows quiet and matter of fact. The mentions of cannibalism that appear in other stories do not appear here. This is a wonderful read-aloud book for adults and children, and a chance to reflect upon attitudes of the times, such as the treatment of Native Americans, whom the pioneers called “savages.”

While the title may seem a bit shocking, once you start reading this black humor version of the Donner Party, you’ll see why teens (and adults) would like it. Think of horror movies, zombie stories, and video games — even Pac Man — where species eat their own kind. Humor makes the unknown and scary palatable (no pun intended). This fast-paced tale and dynamic illustrations might be just the thing to get an older child reading.

The Indifferent Stars Above – The Harrowing Saga of the Donner Party, by Daniel James Brown, Harper Perennial, 2010

This mesmerizing account of the Donner Party is told from the viewpoint of recently married 20-year-old Sarah Graves, eager to set out with her new husband to create an idealized life in the fertile lands of California. It is apparent that the author has retraced the path of the pioneers, and his descriptions of the changing landscape, tall prairie grasses, wildflowers, dust, salt, never-ending dampness, and blinding snow awaken the senses. Brown delves into details of life on the trail and in the encampments, including hygiene and the reality of daily life in extreme conditions. This is a book you will not want to put down.

~ Friends of the Truckee Library is a nonprofit organization dedicated to promoting and supporting the Truckee Library as an essential civic institution. The group is advocating for the library to be operated by the Town of Truckee, and is planning for a new 21st Century facility. For information on how to get involved, email info@fotl.org.

The Donner Party — How Well Do You Really Know Their Story?
Business
6:00 pm

The Donner Party — How Well Do You Really Know Their Story?
Music
6:00 pm

The Donner Party — How Well Do You Really Know Their Story?
Music
12:00 am

The Donner Party — How Well Do You Really Know Their Story?
Sports & Outdoors / Wellness