Home Sections Arts & Culture The Best Movies of the Decade 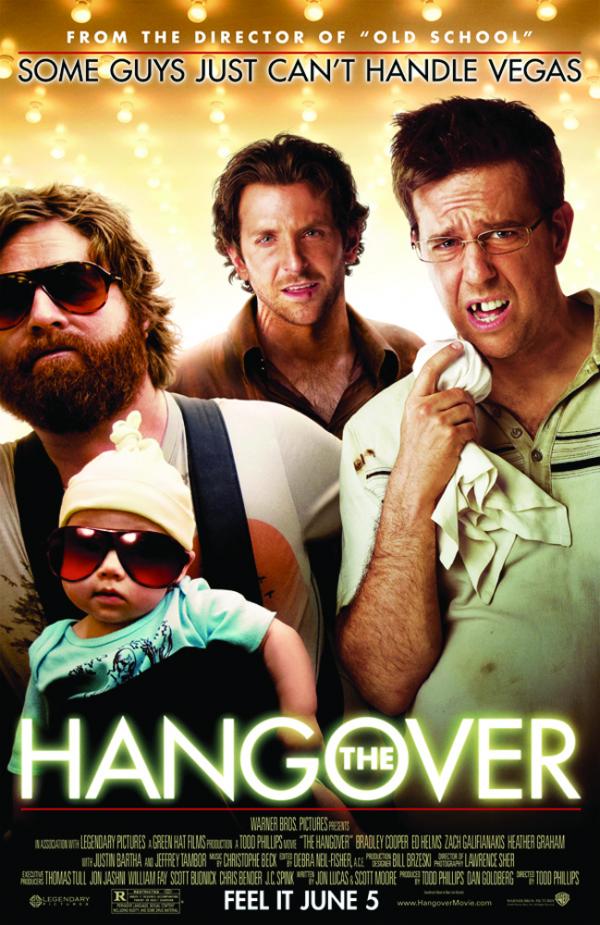 Okay, so we cheated. We were given the assignment to come up with our Top 10 of the decade, but how do you compare ‘The Hangover’ to ‘Crouching Tiger, Hidden Dragon’? It’s unthinkable. Thus we present here our Top 10 overall films with two sub-categories.

We learned a valuable lesson — we should never again do a Top 10 movie list together. The impact of a movie is profoundly personal; debating which movies should make our final cut threatened to end in physical combat. So, a couple slots have a tie, with our respective choices. And next year, look for two Top 10 lists.

In general, for us, a winning movie has to have a lasting impression, solid vision, top-notch acting, original visuals, and a defiance of stereotypes. Oh, and it helps if it’s indescribably beautiful (read: ‘Avatar’).

A note about the ‘Disturbing But Really Good’ category: there are movies that leave an indelible mark, but it may not be a mark everyone appreciates. It seemed best to break these out in their own category so the sensitive among us can cover their eyes.

Top 10
10) Avatar (2009) Choice by Chris: This film lives up to its hype. While its plot admittedly feels like a well-worn parable, the originality of the rest is breathtaking. Directed by James Cameron, with Sam Worthington, Zoe Saldana, Sigourney Weaver. Talk to Her (2002) Choice by Mayumi: Films with rich characters and engrossing storytelling are this Spanish writer/director’s  trademark. But this piece, exploring sensuality, sexuality, and fantasy, is proof he’s destined for greatness. Directed by Pedro Almodóvar, with Javier Cámara, Darío Grandinetti. (Mayumi’s note: Don’t miss Volver either.)

9) Lucia y el Sexo (2001) This selection is included to encourage branching out from the mainstream. A haunting film about fate and the unpredictability of life, filled with blistering visuals, sultry eroticism, and a rhythm as distinct from Hollywood as possible. Directed by Julio Medem, with Paz Vega, Tristán Ulloa, Najwa Nimri.

8) No Country for Old Men (2007) Choice by Chris: The Coen brothers’ adaptation of Cormac McCarthy’s dark and tense novel is rich with artistic cinematography that leaves you wanting more but scared to see what happens. They capture the frailty of human desire, and the terrifying reality of what some people are capable of. Directed by Ethan Coen and Joel Coen, with Tommy Lee Jones, Javier Bardem, Josh Brolin. Almost Famous (2000) Choice by Mayumi: A well-crafted anthem movie for the rock ‘n’ roll heyday, with great big-hearted ensemble performances. Proof that Kate Hudson can actually act. Directed by Cameron Crowe, with Billy Crudup, Frances McDormand, Hudson.

7) Million Dollar Baby (2004) How did Clint Eastwood create so many powerhouse movies in one decade? The one we selected for this list— about a rough and ready woman who doggedly follows a dream to be a boxer— isn’t necessarily better than the others, but it’s the most gut-wrenching, which says a lot. Directed by Eastwood, with Eastwood, Hilary Swank, Morgan Freeman.

6) Gladiator (2000) Firstly, Russell Crowe brings gravity to any role. This polished film, about a Roman general who is betrayed and his family murdered, moved Chris to tears. Directed by Ridley Scott, with Crowe, Joaquin Phoenix, Connie Nielsen.

5) Brokeback Mountain (2005) This contender could be on the ‘Disturbing But Really Good Movie’ list for some… an engaging, simple story exploring the playfulness and substance of love, and what quiet havoc broken-heartedness can wreak. Oh, and the story’s about two gay cowboys. Gorgeous cinematography and astonishing acting — this is the role for which Heath Ledger should be remembered. Directed by Ang Lee, with Ledger, Jake Gyllenhaal, Randy Quaid.

4) Crouching Tiger, Hidden Dragon (2000) Another tour de force by this Taiwanese-born director Ang Lee, because his directorial prowess is deserving of two Top-10 selections. This prodigious movie seems like the beginning, or culmination, of the pretty martial arts genre. We hope to see again this trio of actors. Directed by Lee, with Chow Yun-Fat, Michelle Yeoh, Zhang Ziyi.

3) Children of Men (2006) Choice by Chris: No children. No future. No world. An adventure tale made more meaningful by a dire story line. Clive Owen, in his best role yet. Directed by Alfonso Cuarón, with Owen, Julianne Moore, Chiwetel Ejiofor. The Departed (2006) Choice by Mayumi: Another bruised and bloody masterwork by Martin Scorsese, set this time in Boston. A potent mix of old and new acting masters, with characters that you can sink your teeth into. Matt Damon is refreshing as a (pseudo) bad guy. Directed by Scorsese, with Leonardo DiCaprio, Damon, Jack Nicholson, Mark Wahlberg.

2) Lord of the Rings Trilogy (2001–03) Already a classic series, needs no introduction. Let us use this space instead to encourage you to read the books as well. Directed by Peter Jackson, with Elijah Wood, Viggo Mortensen, Ian McKellen.

1) Eternal Sunshine of the Spotless Mind (2004) The cerebral but ingenious writing of Charlie Kaufman gets a nourishing dose of human heart. An estranged couple decide to delete from their minds all memories of the other and the resultant tale is endlessly imaginative and achingly genuine — a masterpiece. Directed by Michel Gondry, with Jim Carrey, Kate Winslet.

1) Requiem for a Dream (2000) An unsettling film that graphically depicts the easy and harrowing road of drug addiction. Gets under your skin — you’ll have a hard time shaking it. Important piece that won over ‘Memento’ only for its real-world applicability. Directed by Darren Aronofsky, with Ellen Burstyn, Jared Leto, Jennifer Connelly.

1) The Hangover (2009) This movie comes out swinging from the opening scene to the closing credits. Who pees in Mike Tyson’s pool? If you don’t think this is the funniest movie this decade, go to the doctor, because you need your head examined. Directed by Todd Phillips, with Bradley Cooper, Ed Helms, Zach Galifianakis.

Are you nodding your head in agreement or crumpling the paper in disgust? Share your comments below.

The Best Movies of the Decade