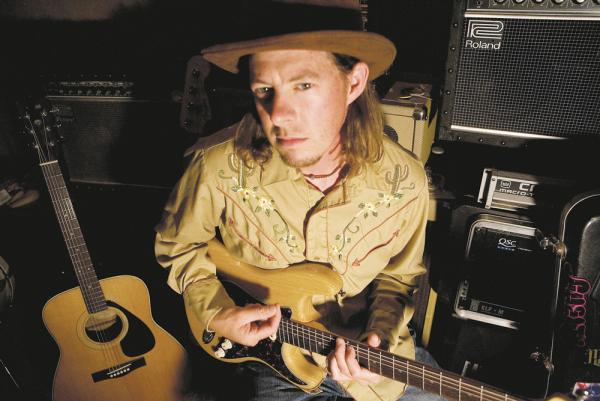 Tahoe musician Josh Roelle has been in his share of local bands. You may know him from Truckee Tribe, Horsemouth, the Love Thongs, and others. But he has a new project in the making, a work in progress that is just now starting to stir up the pot and hit the local music scene. I had time to catch up with Roelle at his Tahoe Vista home and chat about his new project, the Sneaky Creatures.

Moonshine Ink: How would you describe the Sneaky Creatures?

Josh Roelle: The style of our music at present is almost Western swing or country swing. … I like to call the music folkabilly. It’s folk music with some rock as well. It’s a work in progress — my vision is for a seven-piece band with gypsy roots and gypsy jazz influence. I still need the full grouping of musicians that will make it perfect…

This project is one of my biggest visions. I want it to manifest into a full live stage presence with a full band consisting of two guitars, double bass, drums, clarinet, tenor sax, alto sax, baritone sax, piano, and all the little weird, melodic instruments that would make it perfect. It’s going to eventually be based on wardrobe, acting, and props on stage. It will be a performance.

MI: Where do you find your musical inspiration? Are you playing mostly original music or covers?

JR: I would like to be my own entity. My goal is to write original music. My influences range from classic rock to lots of obscure music like Tom Waits and Frank Zappa. These days, because of the Internet, I just tap into something and a trail leads me to new influences. Research into one type of music leads me to another, and the next thing you know, I am following a new inspiration that I had never even heard of.

MI: What would you say your aspirations as a band are?

JR: It’s not necessarily about fame and fortune, but to create new visions and ideas [with] my collective band. … So far everyone in the project is completely willing and down. It is just a matter of time.
I would love to do a festival. I hope to make a statement in the form of a political satire, one that cuts down institutions like consumer, military, or industrial complexes. At the same time I want the music to be playful … My ultimate goal is to completely immerse myself in the music and have that manifest on the stage.

MI: You have been a staple in the local music scene over the years. What’s the best thing about being a local Tahoe act? Would you like to take your show on the road?

JR: Part of it is hearing the appreciation and praise of people who like my style on guitar. It doesn’t happen over night. I am satisfied with where I am. It’s been a 12-year process. Being in a band like Truckee Tribe and opening for legends like Eek-A-Mouse and the Wailers has been amazing. I have had opportunities to rub elbows with national acts and opportunities to play swanky parties at mansions and lakefronts