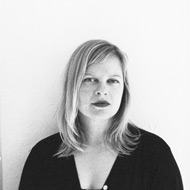 Not everyone can be a rock star, a

But Buzzy Jackson is.

A rock star is a unique individual from the community who, despite an outgoing and likable personality, usually has ended up spending a lot of time alone, concentrating on a goal, in order to achieve that goal.

A rock star is that one of many whose achievement is so great it eventually brings the person to the stage, in front of an audience, away from the security of Truckee and home. A rock star performs well, despite stage fright. A rock star pulls it off and puts Truckee on the map.

A rock star is someone like Buzzy Jackson, a person who first started learning to play bass trombone under the direction of Truckee High’s former jazz band leader, Don Wersky, and who has taken her love of music all the way to the Norton Publishing Company. Buzzy meandered down her path in life and ended turning up an author.

“After college at UCLA, I went to work in publishing with a small literary agency in New York City,” Buzzy said. “I enjoyed it a lot, but knew I might be on the wrong side of the business. I knew I might want to write later.”

Buzzy had thought she might want to be a writer long before she left Truckee High in 1988 for UCLA. Buzzy grew up around writers and books. Writers and books first brought her to Truckee.

In the 1970’s Buzzy and her mother Ruth Hall moved to Truckee when Ruth decided to partner in owning a bookstore along Commercial Row in Downtown.

Joanne and Tom Meschery, who owned the other half of the bookstore, were “kind of like family to me,” Buzzy said. “They were both writers… I was in the bookstore a lot as a kid… we talked a lot. They were really instrumental in terms of my writing.”

But they weren’t the only ones. Former Truckee English teacher Candy Carter and former social studies teacher Sue Phebus, current administrator of Donner Trail, also pushed Buzzy in her writing and performance, she said, and with the Mescherys, “were very major people” in her life.

She mentioned there is also another.

After her time in New York, Buzzy was accepted into a graduate program in American History at UC Berkeley. Her doctoral advisor at Berkeley, Dr. Leon Litwack, “luckily” not only supported the subject matter Buzzy had selected for her doctoral thesis, but also supported her desire to produce a dissertation on American history that was readable and interesting to members of the general public.

Buzzy’s love of music and American history came together in her doctoral work at Berkeley when she decided to study the women of the 20th century American blues movement. “They were kind of rebels who pushed the limits of expected female expression and behavior,” Buzzy said. The result was that norms changed for women throughout this country.

A Bad Woman Feeling Good: Blues and the Women Who Sang Them is the result of Buzzy’s doctoral work under the guidance of Dr. Litwack, for which she received her doctorate from Berkeley in May 2004. But the book was accepted for publication by Norton nearly 18 months before its completion, and required that Buzzy push her research a little further than she had originally intended to go.

“I probably wouldn’t have done it,” Buzzy said, “but I’m really glad I did.”

Buzzy now lives in Boulder, Colo. with her husband, a professor at Colorado University in Boulder, where Buzzy will also be teaching next year at the American Center of the West. Despite that she lives so far away, Buzzy still loves Truckee and has more than one or two good reasons to come back on occasion.

“I’d really like to acknowledge Lydia and Debbie at the Bookshelf,” Buzzy said. “I really enjoyed working with them. They do great things.”

The Truckee Blues Party/ Buzzy Jackson Book Signing will be held Saturday, February 12 at the Truckee Donner Recreation and Park District’s Community Center, from 6 to 9 pm.

First of all, the event promises blues all night, in many different forms. Buzzy’s half-hour multimedia presentation highlighting what she learned through her research begins at 6:30 pm, to be followed by live music performed all evening by local blues musicians.

Food and refreshments will be provided by Moody’s Bistro and Lounge, and of course, the author Buzzy Jackson will be available for book signings.