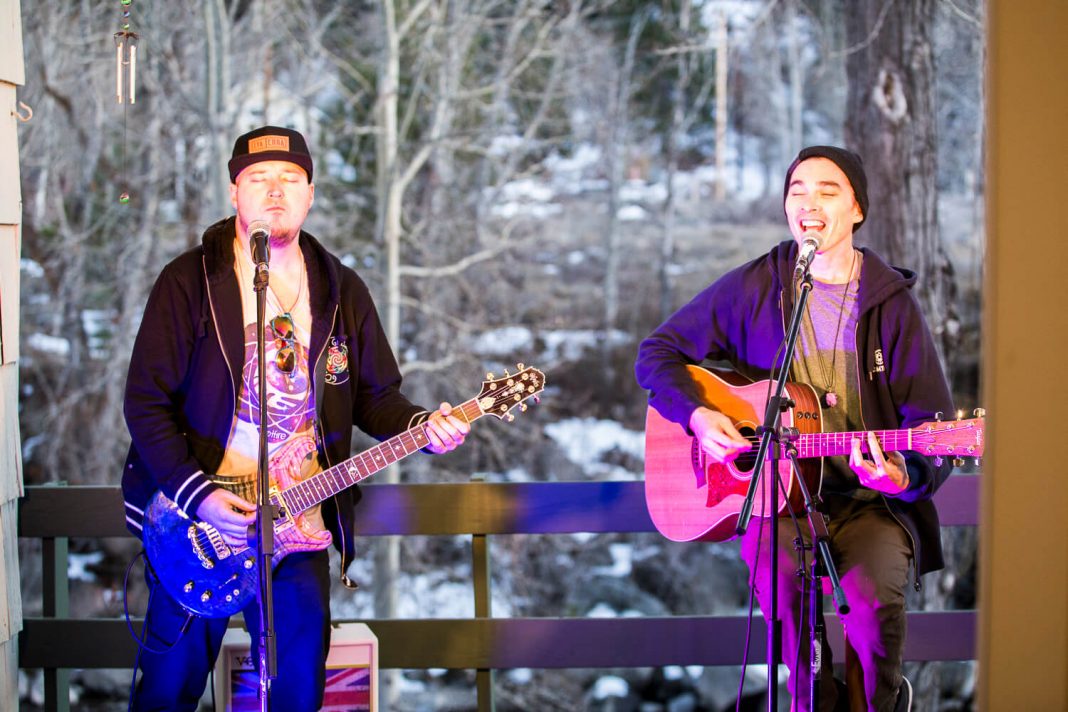 To even the most loyal Stick Figure fan, it might come as a surprise that the 2012 album, Burial Ground, was recorded in Tahoe City. For those who attended the sold out reggae show at the Crystal Bay Club on Feb. 7, we’d like to introduce you to Kevin Bong, Stick Figure’s keyboard extraordinaire, contributing vocalist, and solo artist best known by his stage name, Kbong. 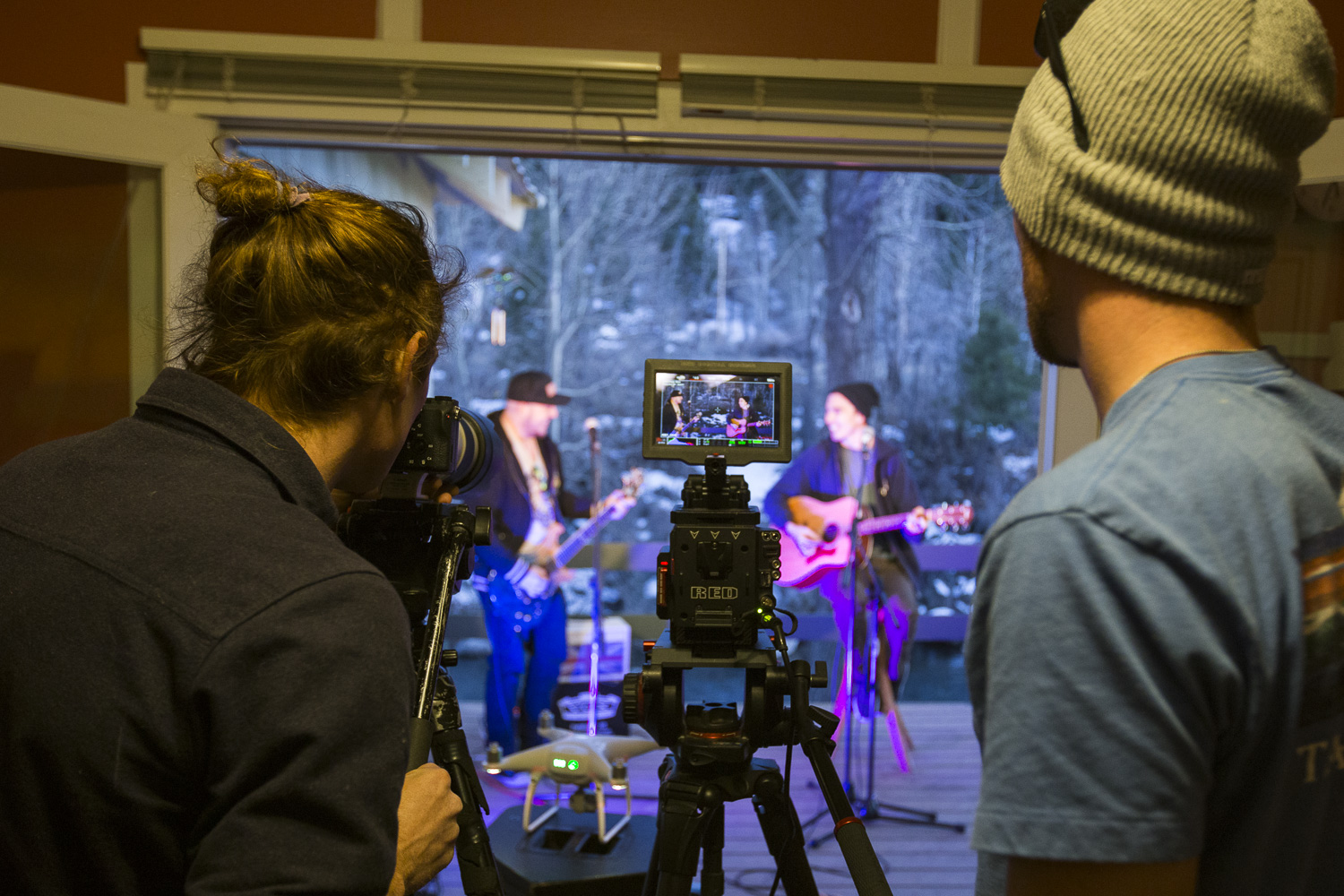 Prior to his performance at the CBC we managed to kidnap Kevin and his Stick Figure band mate, Johnny Cosmic who helped produce and record many of the tracks on Hopes and Dreams, Kbong’s debut album. The duo jumped into the back of my large white van and headed with me to the Moonshine Ink office to record the third Tiny Porch Concert.

Together they performed Kbong’s new single, Good Lovin, at dusk on our tiny porch overlooking the Truckee River.

We spoke to Kevin about his relationship with Tahoe, performing at the CBC, and the future of his solo act. While he’s excited to branch out, Kevin and Johnny have a full summer tour lined up with Stick Figure, including another Lake Tahoe show at Harvey’s Outdoor Amphitheater on June 16.

A big THANK YOU to our sponsors The Crystal Bay Club, Christy Hill, and Mountain Valley Meats. 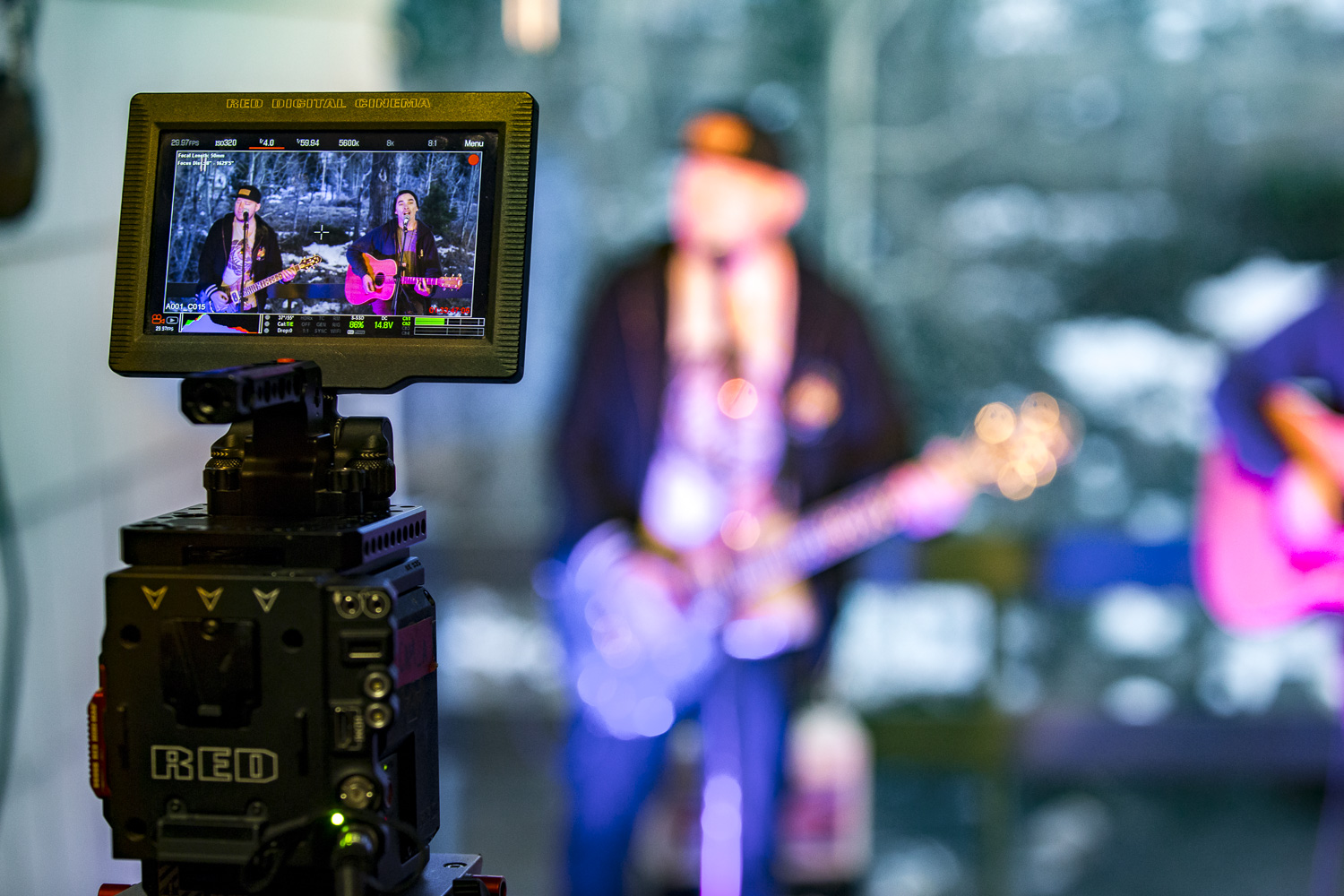 Of the songs listed on Burial Ground, do any have specific metaphorical or inspirational doses from the Tahoe area? Of course! It’s so beautiful up here. Weight of Sound was recorded in Tahoe City … which features TJ O’neill on vocals. Very cool moment when he came up to visit Tahoe and sang on the track.

How many years did you spend in Tahoe, and what did you enjoy the most? I lived in Tahoe City for 2 years. I got a job working at The Rocker restaurant in Squaw Valley and taught myself how to snowboard that year. So much fun! My favorite days were Monday and Tuesday when it wasn’t so crowded. I’d go up and soak in the natural beauty of the valley. It was incredibly fulfilling for the soul. I also started playing gigs at Rocker once a month.

I also loved hiking. So much fun to hike and smell the trees and crisp air. We would always bring our Australian Shepherd, Cocoa, along too.

How did it feel the other night being back? It felt great! A rush of memories came back to me for sure. I can’t believe it’s already 5 years later. I remember the snow being so heavy that year in 2012/13 that I couldn’t drive my car anymore. So I started taking the shuttle bus up to Squaw Valley to work. It was fun to get on board with the skiers and snowboarders ready to shred for the day.

“Hopes and Dreams” dropped in 2014, what can you tell me about your initial decisions to pursue a solo act? Have you always been somewhat on your own until you became a part of Stick Figure? The first instrument I started playing was guitar. In high school I started a punk rock band called The Battle Cry. My next band I played bass in. That was my first reggae band. We were called HI Roots and based out of San Diego. I then joined Stick Figure playing keyboard. All of these experiences led to the culmination of “Hopes and Dreams”. I’ve always had an interest in songwriting. It’s a great way to express what I’m feeling. When I write songs they come from personal experiences which I then present in a way the listener can relate.

As your music grows, and you feel yourself playing bigger shows (Fox Theater, Red Rocks, Vegas), which do you see yourself preferring, the bigger stages, ultra intimate, or somewhere in between? My focus has always been performing to the best of my ability, no matter the size of the show. Lately I’ve been enjoying the bigger stages because there’s more room to run around! Overall, I do enjoy playing any size venue. The main thing is being able to connect with people.

When you look back on your life one day, sitting on the porch, the beach, or the shores of Tahoe, what do you want to say you accomplished? I’d like to be happy about my experiences with this world, the earth and people. I’d like to be able to look back and say, “Yeah, I made an impact for the greater good.”

Had this feeling for so long,

living with the weight on my mind

but you showed me that your love is right on time

and when I’m sinking you throw me a line.

to tell me that you want to come over

and I never want to come down

when you kiss me it hits me straight though my heart

you got me feigning for your love when we’re apart