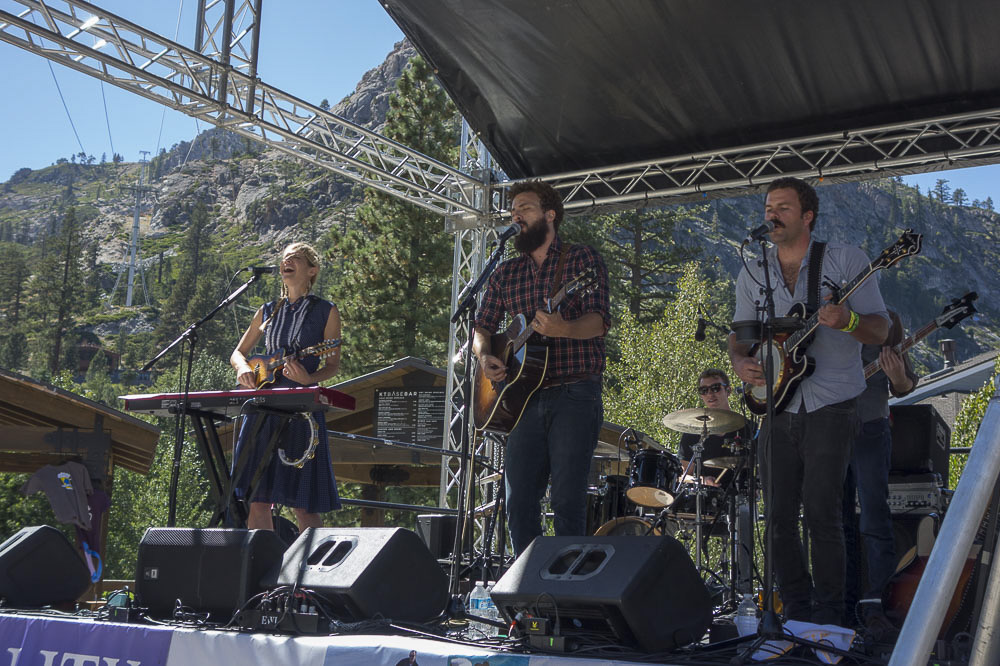 Deriving its name from the last name of three of the band members, Miner brings folk rock tunes infused with strong female vocals and bluegrass elements that are making a big impact on the music scene. The Los Angeles-based group performed at the Crystal Bay Casino and then alongside Hot Buttered Rum for Foam Fest in Squaw Valley over Labor Day weekend. Fans of beautiful harmonies and ringing mandolins have one more chance to catch Miner’s foot-stomping live show at the Lost Sierra Hoedown on Sept. 20.

“Shows in Lake Tahoe and the Sierra have been some of our favorites,” said the group’s front man, Justin Miner, who sings and plays guitar. “We love the energy of the people who live there and their enthusiasm, and playing there gives us a chance to get out into nature during the day, or if we’re playing outside, during the show.”

Though Miner has only been together as a touring band since the beginning of 2013, it has gained a steady following through its 2014 debut release, Into the Morning — which sounds like The Lumineers with strong bluegrass influences — and extensive touring.

“Half the songs were written and recorded before the band existed, so a lot of the songs have been modified and reworked as we learned what worked best in a live setting,” said Miner. “The writing choices we’re making with new songs have really been informed by our experience as a touring band as well.”

As summer slowly turns to fall, a group of conscious-minded music organizers are gearing up for the second-annual festival based on simple outdoor living and danceable, human-produced music. Combining folk, bluegrass, and country, the Lost Sierra Hoedown celebrates music in a natural setting to help people disconnect from technology and reconnect with the outdoors. The event also aims to raise funds and awareness for the Johnsville Ski Bowl in Plumas County.

“Last year we really struck gold by booking Miner … Our lineup was full but Azariah Reynolds, our event organizer, stumbled upon Miner doing a live performance. He booked them the next day,” said Hoedown publicity director Drew Fisher. “Most folks hadn’t heard of Miner last year; I think the band really caught everyone off guard. They showed up early to hang out and watch some music, and next thing we knew they were on stage providing an unforgettable, high-energy show.”