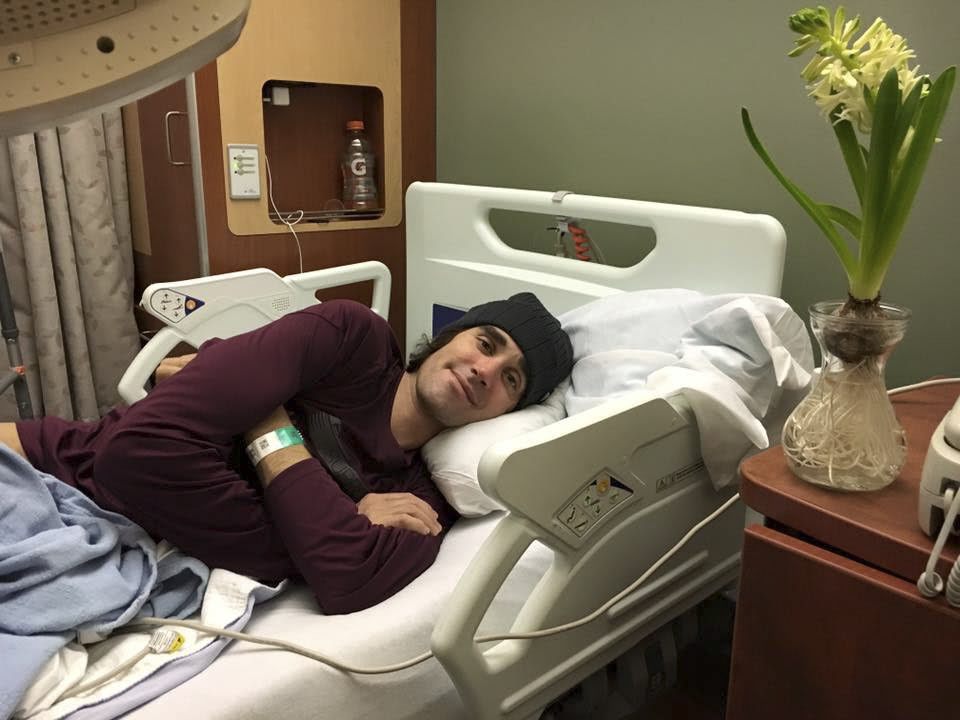 “A simple mistake, a little miscalculation can change your life forever.” Matt Clark said. “Having two major surgeries back-to-back took the life out of me. With this injury I feel so lucky, fortunate that I am not paralyzed. I can walk.”

Clark, 38, is a 12-year Tahoe resident, and a ripping snowboarder. On Jan. 14, he was severely injured in a snowboarding accident on The Fingers at Squaw Valley, a famous cliff zone off the KT-22 lift. He miscalculated the speed needed to clear a rock and “landed on his ass,” according to Clark’s girlfriend, Nichole Dorr. Squaw Valley Ski Patrol had Clark airlifted to Renown Regional Medial Center for a 6-hour surgery due to burst fractures of his T12 and L1 vertebrae. Fast forward to today — after four months in the Reno hospital system — and Clark is back in Truckee at the home he shares with Dorr. A home she describes as having “nothing but stairs.”

Clark, thankfully, is able to walk. He was diagnosed as an incomplete paraplegic. While he does have control of his legs, he still feels extreme pain due to nerve damage. Thankfully, at the time of his crash, Clark had health insurance. He had been laid off from his job about a month prior to the accident but was allowed to keep his medical benefits. His former employer has been extremely cooperative throughout the entire process in continuing to keep Clark on their insurance.

Dorr estimates that Clark has acquired somewhere around $600,000 in medical bills over the course of the past four months, of which the couple is unsure how much will be covered by insurance.

So Clark needs your help. Shaelah Morris, owner of Yoga Studio Tahoe and long-time friend and yoga teacher to both Clark and Dorr, is throwing her second class of this style with DJ music to vinyasa flow. The class is donation-based and every bit helps, with all money raised being directly donated to Clark’s YouCaring page. Come support a member of our community while getting your DJ yoga on!

“I am humbled by this injury,” Clark said. “I’ve never before experienced such pain in my life and my struggles continue daily. Sometimes we take things for granted and don’t realize how lucky we are. This injury has forever changed my life. I am incredibly grateful for the ongoing support of my friends and the Tahoe community.”

Can’t attend the benefit class? Donations can be made at youcaring.com/matt-clark-515156