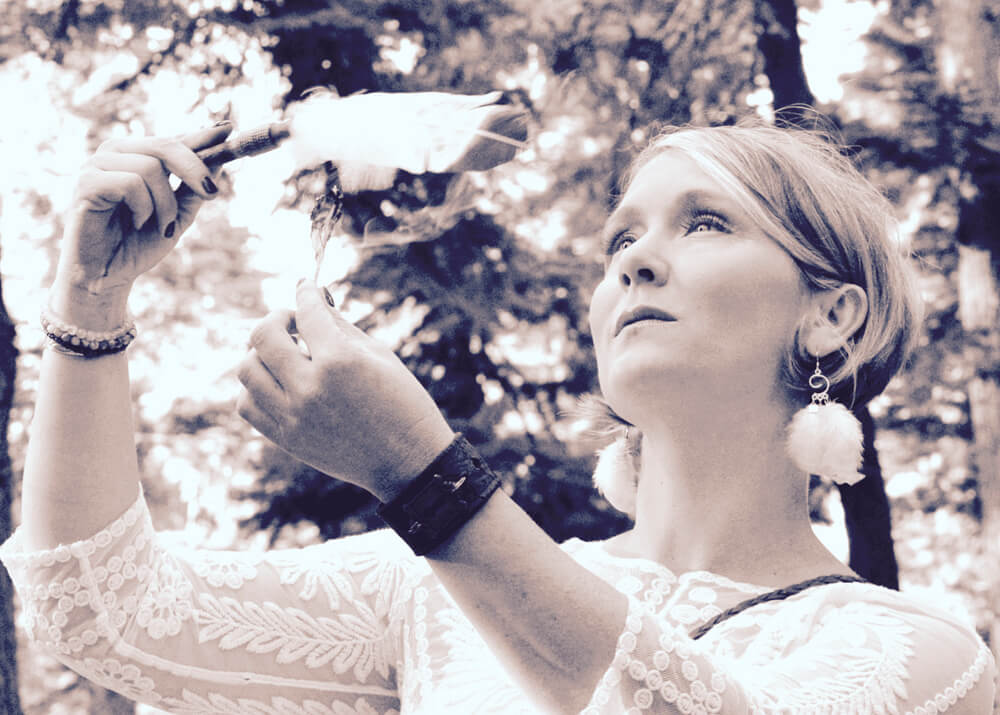 How many of us dreamed of being rock star musicians as children? To stand up on the stage and create magic for people was something that captured our imaginations. Now how many of us actually made it happen?

Here are the stories of four Tahoe-ites who have found a way to make a living in the field of music. This is about what it takes and what makes it all worth it.

“I was born singing and musically inclined,” Emily Tessmer recalls. “It was just the way I came into this world.”

In the late ’90s, Tessmer was signed a recording development contract with MCA Records, but it fizzled out after the Napster-infused crash of the record industry. Tiring of the L.A. scene, Tessmer retreated to the Sierra Nevada to write spiritual music.

In 2012, Paradise Music from the United Kingdom picked up her first full-length sacred project under the name Orenda Blu.

“I am motivated musically by what I see happening in the world today,” Tessmer explains. “I realize that I am only one voice, but we must all do our part and use our mediums, whatever they may be, to do good for our brethren.”

Throughout most of the year, Tessmer earns her keep as the director of lower school music for Tahoe Expedition Academy.

“The art/work balance is a bit difficult because I become consumed during the school year with teaching,” Tessmer says. “Summer is when my creativity flourishes and I am able to focus on producing new material.”

So far, this balance seems to be working for her.

“Music is the one thing that binds our hearts together,” Tessmer says. “It is the universal language of love, joy, and harmony. Bringing this art form to children and open hearts is the greatest gift of all.”

After graduating from University of Nevada, Reno, Liam Kyle Cahill worked in hydrology for a few years before realizing he had another calling.
“As time went on I was spending all of my free time doing music stuff,” he says. “I got to the point that if I wanted to keep going, I had to do it full time, or back off.”

Cahill took the leap and now tours the country playing more than 180 shows a year. Although he is now pursuing his dream, he cautions aspiring musicians that it’s not as easy as it may seem.

“I don’t want people to think it’s some kind of cake walk,” Cahill says. “I know that I was in for a rude awakening when I first thrust myself into music full time.

The late nights, long drives, and meager pay have all taken their toll on his once idealistic visions.

“I get to see amazing places, but it’s also incredibly tiring to drive six thousand miles in six weeks on tour, especially by yourself,” he reveals. “Between all the traveling, booking, and playing shows, I don’t always have the space mentally, and sometimes physically, to write and learn new songs.”

At least for now, the benefits of life on the road outweigh the costs.

“It’s all about creating and doing something that I love,” Cahill says. “When I keep that in mind, the rest comes naturally.”

Peter Kowalczyk recognized the power of music at an early age and found a unique way to make a living from it: designing amplifiers.
“Sound, as we hear it, is literally an energy that envelops and surrounds us,” Kowalczyk explains. “To make music is to take an active role in creating and influencing that energy.”

While studying electrical engineering and sound science at Cornell University, Kowalczyk landed a summer internship at Meyer Sound Labs in Berkeley, where he’s worked on loudspeaker research and development ever since.

“While I aspire to play the Fillmore or tour with a rad band as their engineer, I’m proud to have found a place among an amazing community of musicians in one of the most beautiful places in the world,” asserts Kowlaczyk.

“Ultimately, the creative and methodical aspects give each other perspective and meaning,” Kowalczyk opines. “A career in music seems glamorous, and there certainly are moments of that. But for every minute of glamor, there’s an hour of hard work in a super competitive field. But if you’re passionate about it, it’s well worth the effort.”

As the guitarist of the nationally-recognized funk band Jelly Bread, Dave Berry knows all to well the rigors of the road.

“Being away from home and family more often than not, late nights and long drives, and struggling financially are all part of the deal,” he admits. “The West Coast is so spread out in that respect that it makes it difficult to stay busy without going to the moon and back. Hell, since 2014 we’ve toured almost 150,000 miles!”

“I got mouths to feed,” laughs Berry. “That’s my main motivation: survival.”

To supplement his income from Jelly Bread, Berry plays any shows he can get his hands on in between tours.

“It’s a difficult balance for sure,” he says. “Musician pay is one of the only pay scales I know of that doesn’t keep up with the cost of living. Ten dollars per hour for skilled labor you’ve worked on for the last 10 to 20 years. But most of us would rather do that than work at Starbucks.”
In spite of the hardships, Berry wouldn’t have it any other way.

“Being excited and inspired to go to work every day is the best I can ask in a job,” he assures. “If it’s a hobby, then treat it as such. If it’s a career, then put everything into it. Practice, promote, write, and wear your heart on your sleeve.