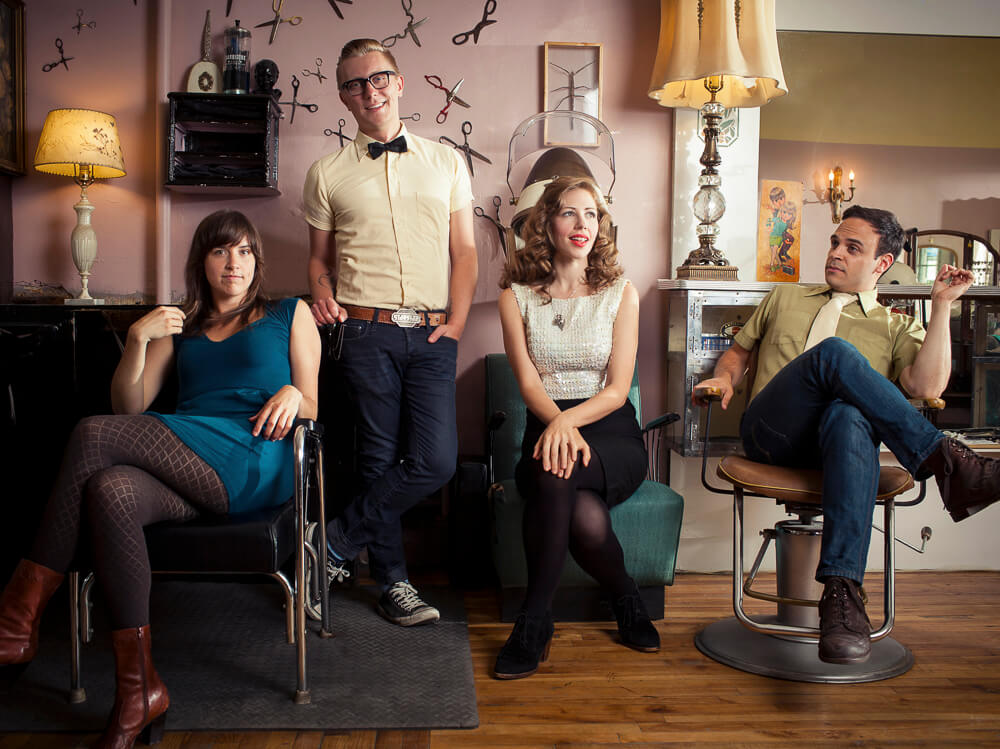 Trust me, you do not want to miss this show.

Lake Street Dive is a four-person indie pop group known for their soulful sound. They were named a best new band of the year in 2014 by Rolling Stone and, since then, have played hundreds of shows touring around the world, which includes the stage of San Francisco’s popular festival Hardly Strictly Bluegrass.

The high-energy group was originally launched as a country-jazz experiment out of the New England Conservatory of Music in Boston. Lake Street Dive is known for Rachael Price’s powerful female vocals; she is an award-winning jazz vocalist, after all. Price’s voice is accompanied by Bridget Kearney on bass, Mike Calabrese on drums, and Mike Olson on trumpet. Their third full length album, Side Pony, comes out Feb. 19 — this gives you nine days to memorize all the new songs.

The evening’s opening act, The Suffers, have a résumé that includes NPR Music’s Tiny Desk Concerts, Newport Folk Fest, Austin City Limits Music Festival, and The Late Show with Stephen Colbert. Their debut, self-titled album came out Feb. 12. These guys absolutely rock and are worth getting to the show on time for. The band’s front woman, Kam Franklin, has an enormous voice that is perfectly complemented by nine extraordinarily talented male musicians — yes, that’s right, one gal and nine dudes. Their sound includes everything from drums to trumpet to trombone to strings. Needless to say, The Suffers’ sound is huge and will have you dancing all night; just make sure not to tire yourself out too much before the main event.

Cargo specializes in bringing quality live performances to the greater Reno area. “We chose to bring Lake Street Dive to Cargo because we like to bring shows that are compelling to watch live,” said Niki Gross, Cargo’s managing director.

The 1,000-person capacity space has recently undergone a half million dollar’s worth of renovations, including the installation of state-of-the art production equipment.

Both of these groups have new albums, like, came-out-within-a-month-of-the-show, new — so you can be sure they will both be bringing the heat.