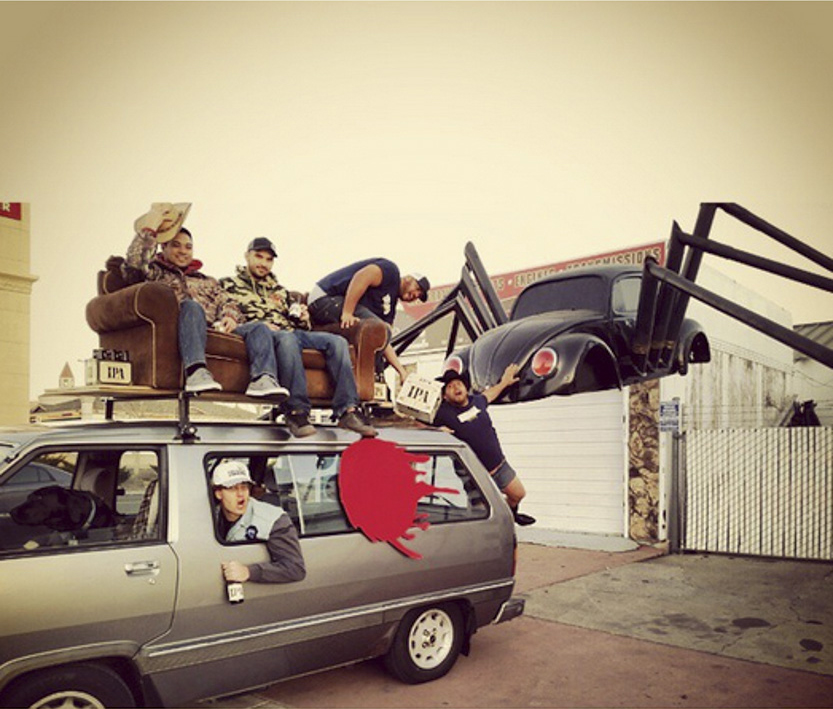 Lagunitas is throwing Reno a party, and it’s bringing couches, beer, and the band Built to Spill for the second annual CouchTrippin’ tour. After holding a national photo contest in February, the Petaluma-based brewery announced Reno as this year’s winning city. The contest rules were simple: take a photo with a couch and Lagunitas beers to enter your home city, with submissions judged on quality and creativity. Scheduled for April 23 at Cargo, the concert and beer fest is free, the only catch is you have to RSVP here. We caught up with Fred Abercrombie, Lagunitas’ integrated creative manager, to find out what’s in store, what a beer circus is, and more.

The goal was to reward our friends who aren’t located near the brewery by bringing a bit of the Lagunitas experience to them…Funky couches from our Loft, killer bands (we have live music at the brewery every day we’re open), freaktacular entertainment from our annual Beer Circus, and, big surprise, a bunch of fresh Lagunitas brews to enjoy.

How’d you choose the winning photos?

A whole bunch of pictures from Reno grabbed our attention and made us want to come party here. People not only brought their couches out into the great outdoors, they really made it seem like they were havin’ fun with it — whether getting attacked by giant VW-bug spiders or just partying in the river.

Lagunitas does a lot of collaborations that expand beyond beer. What’s the driving force there?

We simply love music. Not only is our founder [Tony Magee] a musician, his philosophy has always likened the brewing process to writing a symphony. So it’s no surprise that the people he hires all have some of the same musical membranes and heartstrings. Beer is just a natural pairing to it all.

What’s the most exciting part of Couch Trippin’? What’s a beer circus?

Finally seeing a band you’ve just started to hear about and then having them become your new favorite, all while taking in the freaktacular Beer Circus entertainment — big top tent, acrobats, contortionists, and more — at the same time you’re on a couch riding down a video-simulated desert highway being attacked by laser-shooting armadillos. All without spilling your beer, ideally.

What didn’t I ask you?

“What’s the weirdest thing you’ve found in your couch cushions?”