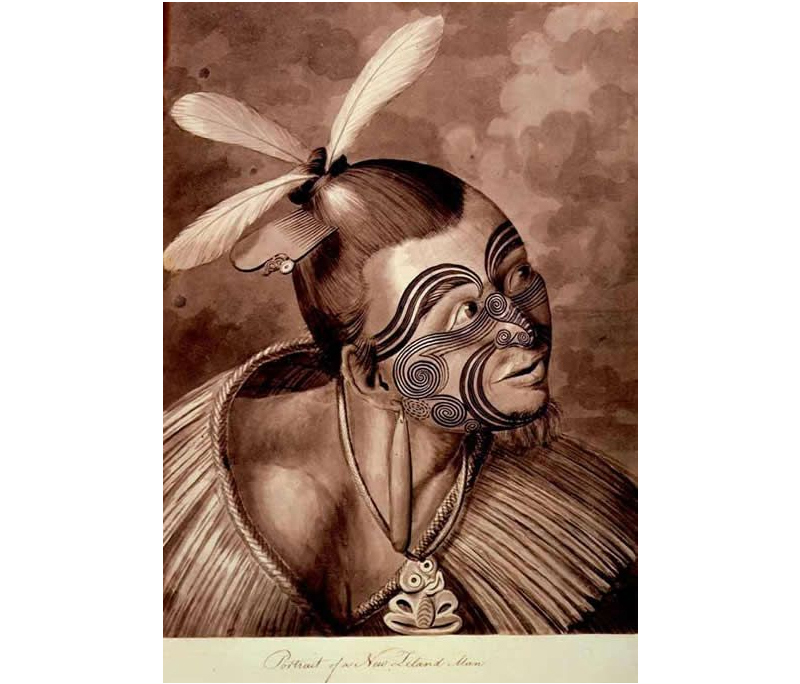 “Show me a man with a tattoo, and I’ll show you a man with an interesting past,” early twentieth century American author Jack London said. Tattoos are so prevalent on a global scale today that it would take a lifetime to hear the stories behind all of them. The truth is, though, that no one in modern society would have tattoos if it weren’t for sailors.

In the late 1700s, Captain James Cook brought his fleet of British sailors to the South Pacific and exposed them to the culture of the Maori in New Zealand, who were covered in body art. The sailors were instantly intrigued by the designs and began giving each other versions of tribal body art, using India ink, while also creating their own genre of art that echoed nautical themes.

“If a sailor had a ship on his arm, the number of sails represented how many voyages he had taken,” Lora Nadolski, executive director of the Tahoe Maritime Museum (TMM), said.

“If you were afraid of drowning, you would get a chicken or a pig on your foot, because they tended to survive shipwrecks,” Barbara Bogucki, curator of the TMM, said.

Other designs included patriotic symbols, images of the sailors’ sweethearts, “Mom,” and the proverbial pin-up girls, Bogucki said. “Tattoos were souvenirs that the sailors could wear.” They spread like wildfire from British to American sailors, and ultimately to the masses on land. This development through history is the inspiration behind the newest exhibit at the TMM, titled Ink and Ivory.

Bogucki and Nadolski, along with two other women on the museum’s staff, aim to attract more visitors than ever during the sophomore year at their new location on the corner of Highway 89 and Granlibakken Road in Tahoe City.

“[Nadolski] and I have wanted to bring new ideas to the Maritime History in Tahoe,” Bogucki said. “We decided to branch out and get larger audiences [by exhibiting] broad themes with a deep Tahoe connection.”

In addition to large hanging placards that give detailed historical anecdotes, the exhibit will display photos of tattoos that were done at Tahoe studios.
“Locals, including members and staff of the museum, offered their tattoos to be photographed,” Bogucki said, “we have a nice mixture of both traditional and modern tattoos.” This, of course, includes the outline of Lake Tahoe, which locals love to adorn on their bodies.

There is, then, a third section of the Ink and Ivory exhibit dedicated to scrimshaw, which is an ancient art form that originated on whaling ships. Although similar in theory, scrimshaw and tattoo did not originate from each other, Bogucki clarified.

“[Scrimshaw] was made by carving ivory from sperm whales, or flotsam and jetsam (objects found at sea) using anything you happened to have on a ship, like ink or soot,” she said.  “Plus, everyone had their trusty jack knife.”

“The carving of objects is a sailors’ art form, not just an American one, because sailors from all sorts of cultures were on the same ships,” Bogucki explained. There will be scrimshaw replicas on display during the exhibit, since much of authentic scrimshaw is held in private collections.

Simultaneous to the Ink and Ivory exhibit, there is a showcase called What’s in a Name, which will take place on the other side of the museum’s main floor over the next year. This display will have even closer Tahoe connections, as there will be examples of transoms (the piece of the boat where its name is shown) from local watercraft.

The naming of a boat is a sacred aspect of the nautical world, and the stories behind the name are commonly intricate. “People will sometimes put more thought into their boat’s name than their child’s,” Nadolski said. “They agonize for months or sometimes years.”

There is one quality that all boats share, however; they are always female. Bogucki explained that there are several theories behind this, including that the word for ship in Latin is navis, which is feminine. More than anything, though, it “ has much more to do with respect,” Nadolski said. “You’ve gotta treat your boat like a lady.”

Both Bogucki and Nadolski expressed excitement regarding the upcoming exhibit, but also the expansion of the museum’s campus. Over the next five to 10 years, they plan to build a storage facility, a working boat shop for restoration and classes, and a more flexible exhibit space, in addition to the current building, which served as the grounds for the Tahoe Tree Company in years past.

The TMM is young — it became a museum in 1987, but wasn’t established as a working space until 1999. Nevertheless, its collection of artifacts, memorabilia, and photos extends back to the late 19th century, and rivals some of the greatest in the country.

Ink and Ivory and What’s in a Name will open on Friday, May 26, and run through April 2018. Summer museum hours will resume Saturday, May 27.