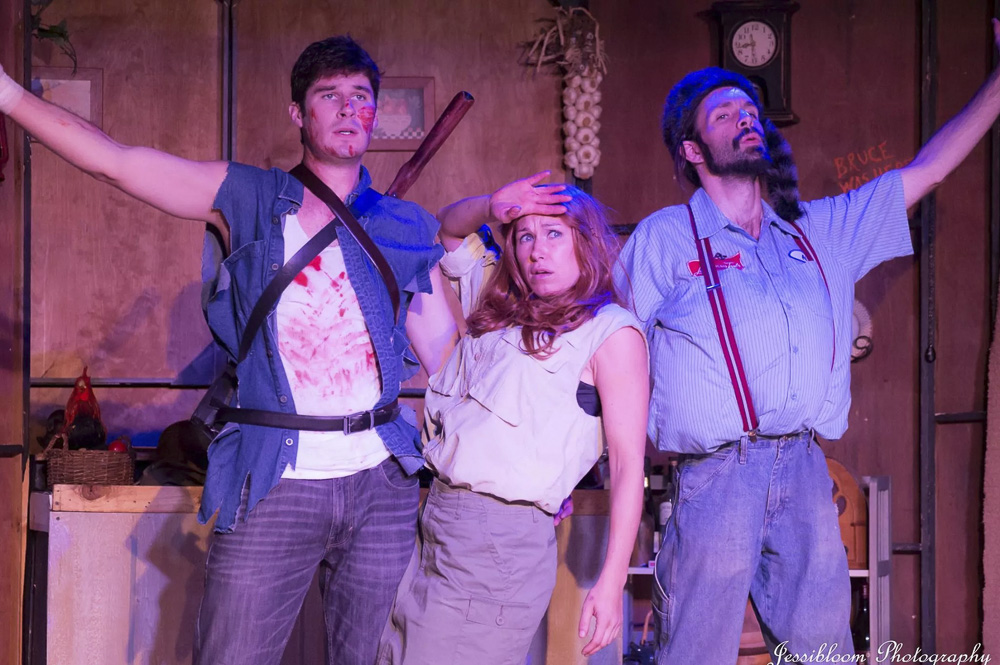 Whether through demonic possession or bodily dismemberment by chainsaw, the Good Luck Macbeth Theatre Company (GLM) plans to drag its audiences into the woods of comedic rhapsody with one of its most anticipated shows of the year, Evil Dead: The Musical. The show runs until Oct. 31 and closely follows the plotlines of the ’80s and early ’90s cult horror films Evil Dead I and II and Army of Darkness. With shows selling out (advance ticket purchases are strongly recommended), audience members coming back for seconds, and as of Oct. 6 only one ticket left for the midnight performance on Halloween, the box office could get almost as bloody as the theatre’s front rows. 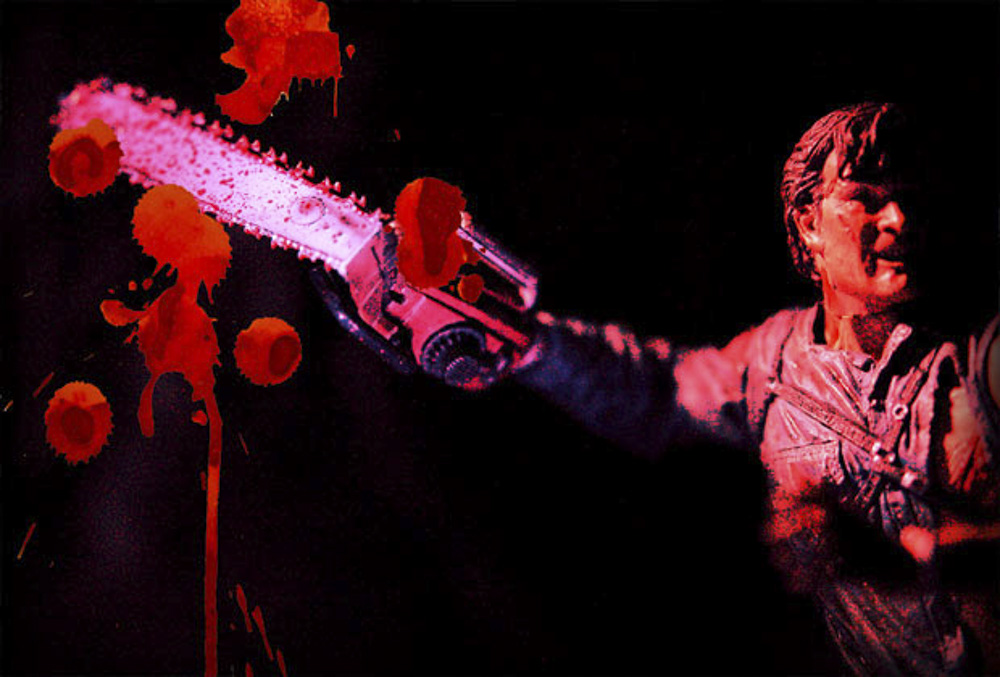 This production marks a new collaboration between GLM, a 6-year-old nonprofit theater company with a 56-seat venue in Reno’s Midtown, and the Reno-based theater group Vaude Villain Entertainment, founded by John Frederick and Ashley James. The collaboration allows for the smaller Vaude Villain Entertainment group to work within the GLM’s established networks, and to have access to a performance space.

“The show takes pieces from all of the Evil Dead movies that people love, from ‘Well hello Mr. Fancy Pants’ to ‘Meet my boomstick,’” said Frederick, the director of the show. “We love these movies so much and they’re so near and dear to our hearts that we wanted them to be as true to the films as possible.”

In addition to famous movie lines and favorite characters — like Army of Darkness protagonist, Ash, and his chainsaw arm — the musical contains interactive elements for the audience too. “The show takes all of the cheese from the movies and puts it to the extreme,” said Sophie Moeller, who plays Annie in the show. “There is quality, intimacy, and not a bad seat in the house — and everyone pays the same price.”

The first four rows in the theater, called the splatter zone, may be the best seats in the house because audience members will get covered in fake blood during the musical.

Operating alongside GLM and under its nonprofit status, Vaude Villain Entertainment fundraised for three months to support the production. Through a video series, Indiegogo campaign, local sponsorships, and reaching out to the community, the group raised $6,000 between June and August.

“The films have a very cult following, so people are really attached and they really wanted to [support] the show … The community outpour has been incredible,” Frederick said.

“If you’re looking for a campy fun time, to get away from all the troubles of the world and just laugh for 90 minutes, this is the show to go to … This is your atypical musical, even people that don’t usually go to musicals want to come see this again.”