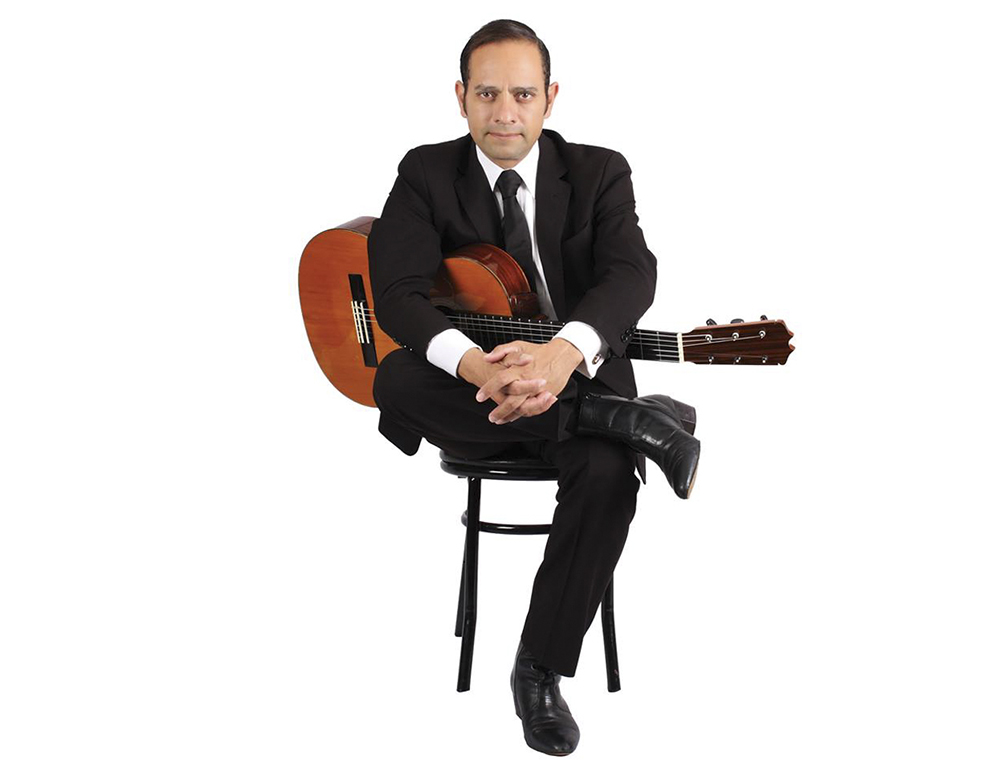 David Maldonado — whose newest album Davicas ranked second on the Billboard World Music Chart — compares his love of playing music to cravings for different flavors of food. “Just like food, we have a craving for something, or to indulge in something decadent,” Maldonado said, when asked his favorite musical genre to play. “For me, flamenco is the most expensive filet mignon on the menu, at the most famous place in the world.”

With his philosophy in mind, what better place for the Mexican-born guitarist to hold a CD release event than the Truckee eatery Moody’s Bistro, Bar & Beats.

Currently on a 16-city tour promoting Davicas, Maldonado’s performance is described by his management as being a storytelling event where the classically trained musician shares his soul, passion, and pain. He does this by “using a wide array of flamenco guitars, classical guitars, and his La Bella Strings,” according to a press release.

This album and subsequent tour is different from past events in that this is the first time Maldonado will not only perform, but also talk to the audience about what each song means in its entirety. The musician describes the songs as each being deeply rooted in an incredible, life changing event. “They carry a very strong message that everyone can walk away with,” he said.

The flamenco sound heard on Davicas originates in Spain. This style of music is still very young in both the U.S. and Mexico. “You probably will not hear it in a mainstream outlet for at least another 150 to 200 years,” Maldonado estimated. He is working to bring this pure flamenco sound to our region of the world, describing it as being “so true, it hurts” adding, “You’ll be able to feel it inside you without choice.”

Maldonado is no stranger to performing at Moody’s. The musician admits his first visit to the old railroad town was a result of an added date “between larger cities” during a tour. “To my surprise I fell in love with the town, with the people, and the feeling in the air during the experience,” Maldonado said of his first stop in Truckee.

What makes Maldonado’s sound so unique is his appreciation for all musical genres.

“I love classical and Spanish classical, this would be my desserts and chocolate cake styles,” he said continuing with the food analogy. “Then sometimes I just need Irish music, bluegrass music, American, Indian, whatever — meaning, sometimes you just feel like drinking a Guinness, having a juicy hamburger, maybe some Tandoori chicken, or even a crazy unhealthy burrito! It’s based on my mood and how much I want to indulge in that style of music.”