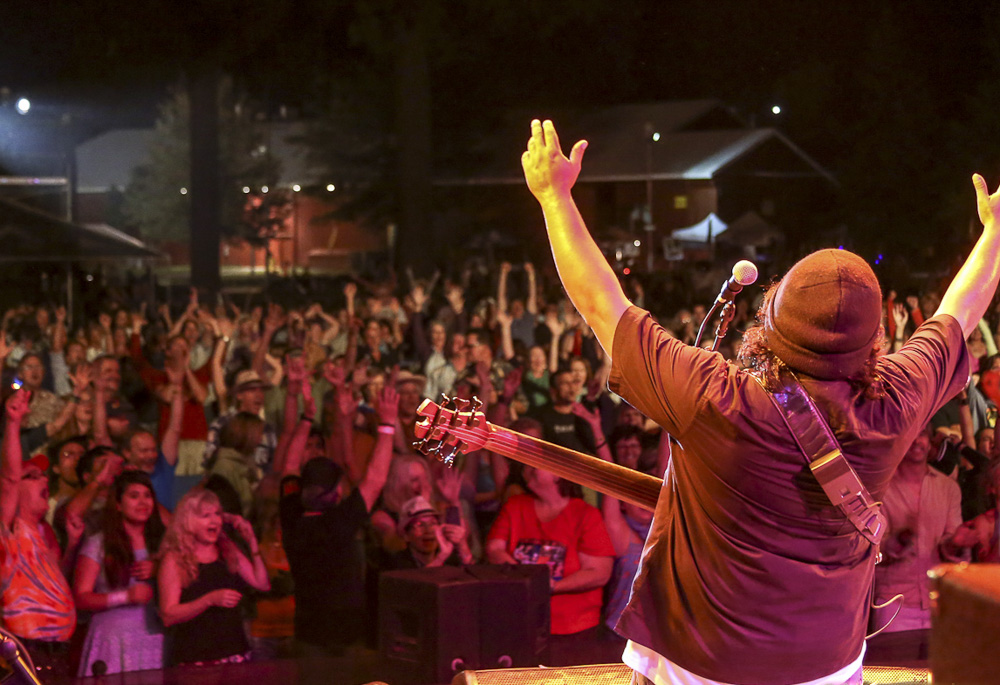 The motto of this year’s California WorldFest radiates truth. “Music connects us all” speaks to music’s ability to unite cultures and ages. With four days and eight stages of diverse musical performances, California WorldFest returns to the Nevada County Fairgrounds for its 19th year this July.
The event features more than 32 acts performing Thursday night through Sunday, plus a late-night DJ set on Friday. Festivals are about discovery, and The Center For the Arts enlisted legendary world performers plus lots of new talents. Some not-to-miss groups include EmiSunshine, a 10-year-old banjo and ukulele prodigy; King Sunny Ade & His African Beats, known as the Bob Marley of Nigerian music; DakhaBrakha, a fresh take on Ukrainian folk music; and Portland Cello Project, a cellist cooperative that covers Kanye West songs.

“It was started to showcase the world’s finest musicians and artists, and also to be family friendly,” said Julie Baker, executive director of The Center For the Arts, which bought the festival at the beginning of 2015. “Nineteen years later, you have people that have grown up going to the festival every year, and people bringing their grandparents. It’s a gathering place; it’s their tribe.”

In mid-2014 California WorldFest founders Dan Dowayne and Christine Meyers, who also started Strawberry Music Festival, asked The Center For the Arts to take over. The Center, a nonprofit in Grass Valley that brings culturally enriching programming to the county, realized the event perfectly aligned with its own mission, and by this January the deal was done.

“It certainly is our core capabilities, this is what we do for a living, this is what we’re passionate about,” Baker said. “We’re really excited that the
dollars generated by a festival coming to our community will stay in the community.”

Another unique element of WorldFest is the Native People’s Village. From the village’s first year in 2008, it has evolved into an impressive gathering of several tribes and people from around the world with booths, craft demos, bark houses, tipis, and much more. Native People’s Village performers have also presented the opening ceremony for the festival since 2010. Live music from renowned drum circles, flute groups, and traditional dance performances fills the village whenever there’s no music on the main stages, and native musicians will also perform on one of the main stages, a new addition this year.

“A lot of this has to do with bringing awareness of native culture and music … People don’t realize all of the contemporary stuff going on,” said Anna Kastner, one of the organizers of the Native People’s Village. “Music is a universal language and transcends everything, and WorldFest is the perfect venue for the native people, that don’t otherwise get exposed, to share their music with other people.”