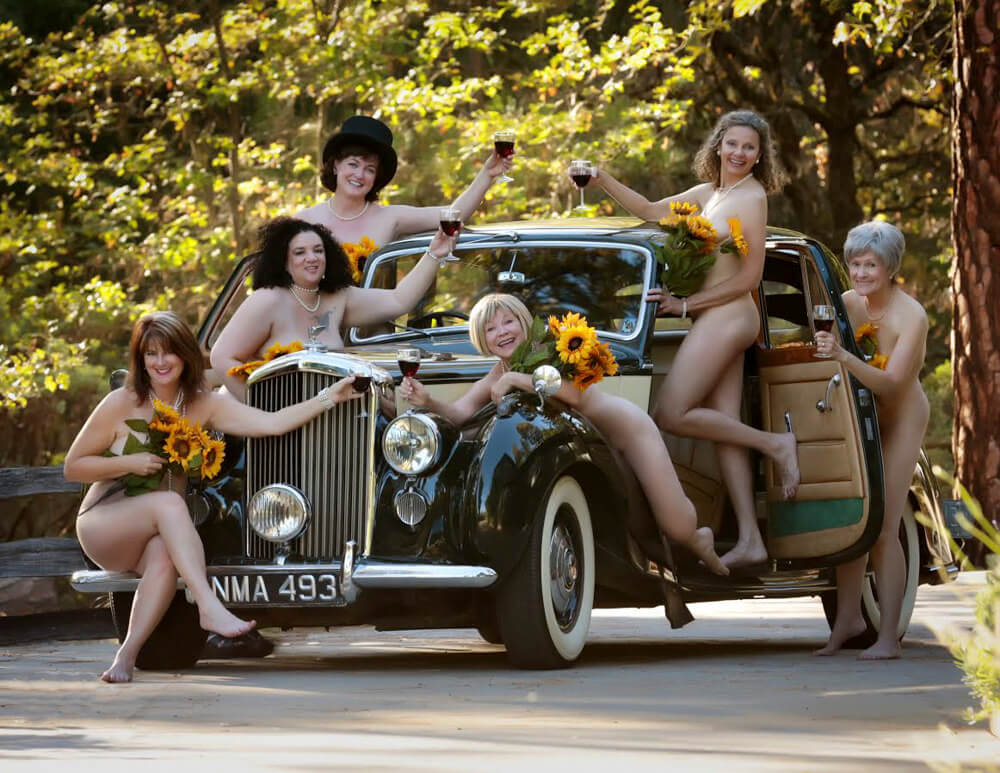 British accents and slight nudity mix with a funny yet moving plotline in the on-stage version of Calendar Girls, showing at Truckee’s Community Arts Center in April. Produced by Quest Theaterworks of Grass Valley, the play is based on a true story of a group of women in Yorkshire, England who raise money for their local hospital by making a nude calendar. You may have seen the movie with Helen Mirren.

Calendar Girls is the perfect type of play for Quest Theaterworks, started by husband-wife duo Lois and Scott Ewing in 2009, as it hits the marks of equal parts funny and meaningful. The theater company has wanted rights to this show since 2011, according to Scott, and Quest was one the first U.S. theater companies to score the rights to Calendar Girls, a hit play in England for years.

“Our company is drawn towards message-forward things that make you think and make you feel,” said Scott, who is artistic director and acts in the show. “It’s an incredibly poignant story about the dying process, honoring our dead, and moving forward and healing.”

In the play, the women’s group creates and sells the nude calendar to raise money for the hospital after one of the ladies’ husbands passes away. Semi-nude scenes are are spliced between moments of extreme emotions of love, growing old, and death. And because the plot centers on making a calendar, the company scheduled a nude photo shoot to make its own calendar (on sale at shows) shortly after casting the play. From the get-go, working with nudity on-stage has played an interesting role.

“The question was … would I be brave enough to pull off the nudity aspect? … And then there was the other side of the coin — would I ever get an opportunity to do this again in my life, especially at my age,” said Rene Sprattling, 65, who plays Chris, one of the main characters. “There is a comfort level that has to be reached both on stage and backstage. It’s a type of letting go, which is also necessary in playing the character.”

With death laced throughout the show, themes of resilience and dry British humor keep the plot light and moving. And while the production calls for nudity, the actresses reveal nothing on stage thanks to careful placement of props and staging. The script even includes an author’s note that says, “If someone’s exposed, we’ve lost the charm of the play.”