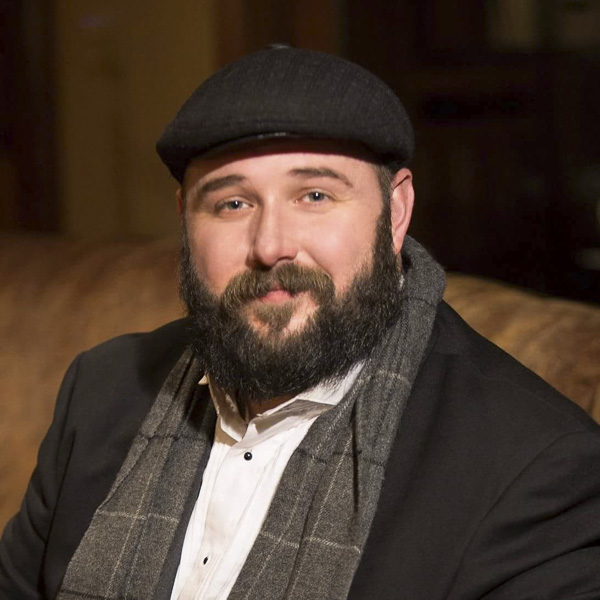 When local artist and founding teacher of Incline Village Music Brad Perry packed up his family’s home in Idaho to head south for a fresh life at Lake Tahoe, he didn’t know what to expect.

“It was a conscious decision,” he says. “We came here first because my wife’s grandparents have a condo where we could temporarily stay. We had really good memories since we honeymooned at that same condo. But the memories were totally romanticized, fuzzy, and not realistic.”

His family of five had been barely scraping by in the small city of Coeur d’Alene — 100 miles south of the Canadian border — where Perry was born and raised. Although he is an accomplished opera singer, pianist, trumpeter, and conductor, he even worked at Taco Bell for a while to supplement his income whilst performing for the Coeur d’Alene Symphony Orchestra and directing for Spokane Civic Theater, Lake City Playhouse, North Hill Church and the Coeur d’Alene Music Festival.

“I tried really hard to run a little studio and teach music,” he says, “but I’d be lucky to make $15 off a lesson or $50 on a gig. We were starving out there. We needed change.”

One thing Perry did recognize when his family finally made the move for Big Blue was that he was willing to grind as hard as necessary to make it work.

“You have struggle anywhere you go if you want to be successful,” the multi-talented musician says.

This belief was never truer than those first months in our picturesque, yet pricey community.

“It was a little hectic when we first came,” he recalls “I was working at the Biltmore for a little while and then I didn’t have a job at all. I was thinking to myself, ‘You can’t live there.’”

Eventually the family found an affordable apartment in Incline Village which allowed them to build relationships while not paying through the teeth for rent. Perry picked up a few students through Tahoe Truckee School of Music joined the Toccata-Tahoe Symphony as a tenor, and volunteers at Cornerstone Community Church.

If you had met Perry during that first year, you would have come away with the impression of a hard-working, business-minded musician eager to do whatever he could to provide for his wife and three children.

“There’s definitely been some bumps along the way, but this town has had my back the whole way,” he says. “I’m totally not the person you think would fit in in Tahoe. I’m not into sports and I’m not an avid skier. I’m an overweight, balding fat guy.”

When Perry realized there was a need for quality musical education in his community, he opened Incline Village Music in the heart of his new hometown, where his teaching philosophy involves developing the whole musician through the three pillars of reading, writing, and ear training.

“Incline’s been good for me and I wanted to dig in some roots here and do something for the community,” he says. “We are creating a totally interactive and inspiring situation. Too many teachers miss the forest through the trees. They’re not thinking, ‘Am I really connecting with this kid? Is this going to help them love music and have it be part of their life forever?’ It’s not about how I teach, but how each student learns.”

In addition to these responsibilities, Perry now directs the North Tahoe Children’s Choir and performs with multiple groups including the INDependent Events & Music show band, Traveling Keys dueling pianos, Borrowed and Blue wedding band, Matt Reardon’s Red River Revival, and many others. He is also the Chairman of Tahoe Red, White & Blue, where he has worked hard to bring the festival out of debt and into sustainability. He even played a couple of accordion gigs at Oktoberfest, tallying up a personal record of 27 gigs during the month of December.

“It’s all music,” he says. “I just try to be a utility player for the local projects and keep working on developing our professionalism and talent. The more versatile I can make myself the better. I’m one of the few artists in the area that does not have a day job that isn’t music.”

Coming up now on four years in Tahoe, Perry knows he made the right decision to put down roots beside the lake in the sky. As he starts the new year he and his family are thankful they’ve finally found a place to truly call home.

“I absolutely believe that Tahoe is one of those last places where if you put your nose down and work hard, you can be successful,” he says. “But part of that is giving back, too. The more you give, the more you get.”