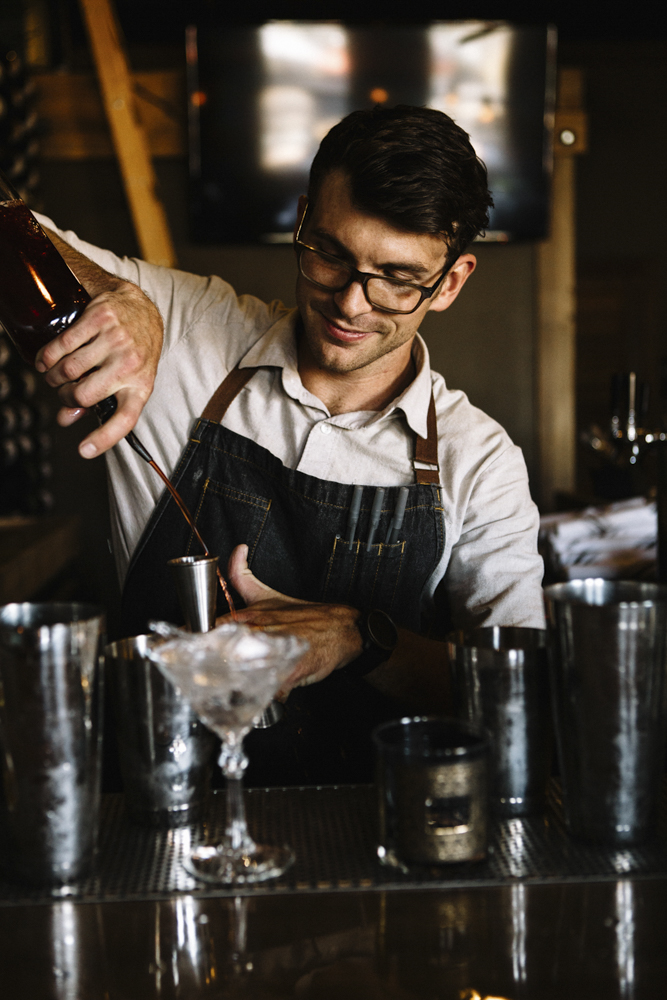 Dealer’s Choice is the most-ordered cocktail at Truckee Tavern and Grill. No, this is not the name of a trendy new craft cocktail, but rather is an order that leaves the drink in the hands of the bartender. “It keeps us on our toes,” Ryan Dierks, co-owner and bar manager, said to a group of ten guinea pigs at a test run for the restaurant’s newest venture: Blueprint of the Cocktail.

It’s a class that invites participants to learn a simple, executable formula to easily craft cocktails at home, as well as be more confident and discerning when ordering at a bar.

Dierks explained that their bartenders typically serve a variation of a whiskey sour when Dealer’s Choice is ordered. It was a variation of this classic cocktail that provided the stage for the class’s preview, of which three cocktails (all measuring in at half the normal pour) were based on.

These three cocktails — which will change on a weekly basis — walk participants through everything from the simplest to the most complex drinks.
“The purpose of a cocktail is taking a subpar alcohol and making it good,” Dierks said.

The preview class was first served a drink that functioned to show participants that dilution is the most underestimated aspect of a cocktail. It started out very boozy and was then slowly diluted with a house-made ice cube block. Drinkers then added verjus, a highly acidic juice made by pressing unripe grapes, to sweeten the cocktail. Then, lemon zest was added to bring in a citrus flavor.

The second concoction taught the class about shaken versus stirred. “Always shake citrus and stir spirit-forward [cocktails],” Dierks said, explaining that you should only stir a drink like a Manhattan because you want to maintain the drink’s body. Dierks introduced the final cocktail with, “We are going to do some division … we are going to take a spirit and split it three ways.” He then took apple brandy, rye whiskey, and amaretto, and created a “simple whiskey sour that is not so simple.”

This new class is a great way to switch up your weekend routine, and, instead of just ordering drinks from a bartender, learn from the masters at Truckee Tavern. Classes are $90 per person (including tip) and come with a plate of cheese, bread, and cured meats.

Blueprint of the Cocktail Classes
10:00 am

Blueprint of the Cocktail Classes
Community / Family / Food & Drink
12:00 am

Blueprint of the Cocktail Classes