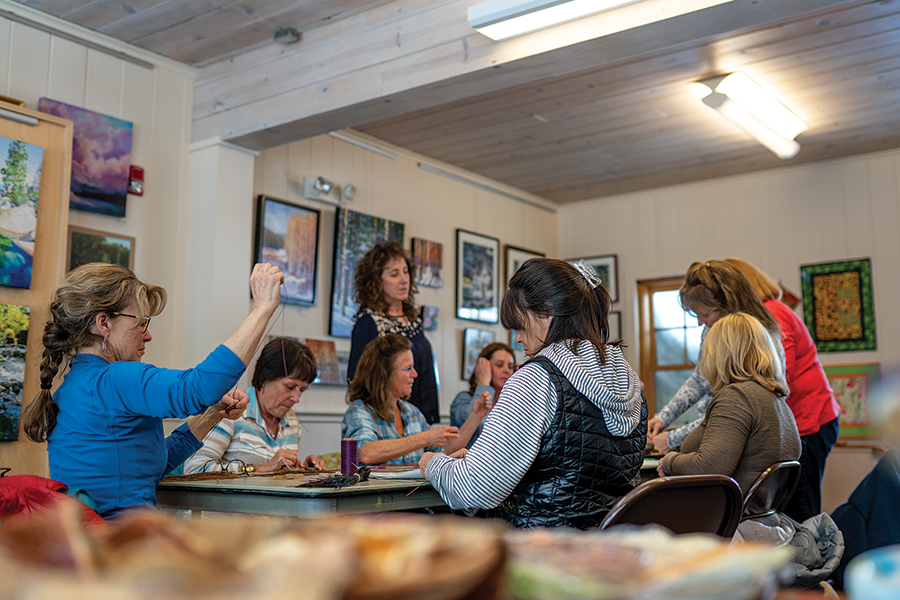 It wasn’t long ago that Karey Dodge retired from her career as a purchasing agent with North Tahoe Public Utility District and found a new passion.

A year ago, Atelier held a workshop in pine needle basket weaving, exposing her to an art with deep ties to the region, and she became enthralled. For Karey, the time and care spent weaving was a “meditative and calming” opportunity to reflect, and to put thought and good wishes into each piece for the people to whom she began gifting her baskets.

“Mother nature is giving you these pine needles, so why not reciprocate and make something beautiful?” Karey says.

For the Washoe, the ancient tribe who once inhabited this land, it was a way of life. Growing up, the Tahoe native had heard all her life about Louisa Keyser, or Dot So La Lee, the famous Washoe basket weaver. The early people of her tribe created containers, mats, tools, clothing, and other things to aid their nomadic lifestyle, making them light and durable, and useful in different seasons. This included weaving with materials like willow, reeds, ferns, and other fibrous plants. In Dot So La Lee’s time, during the late 19th century, Washoe women would weave baskets to cook and store food, winnow seeds, and carry infants. 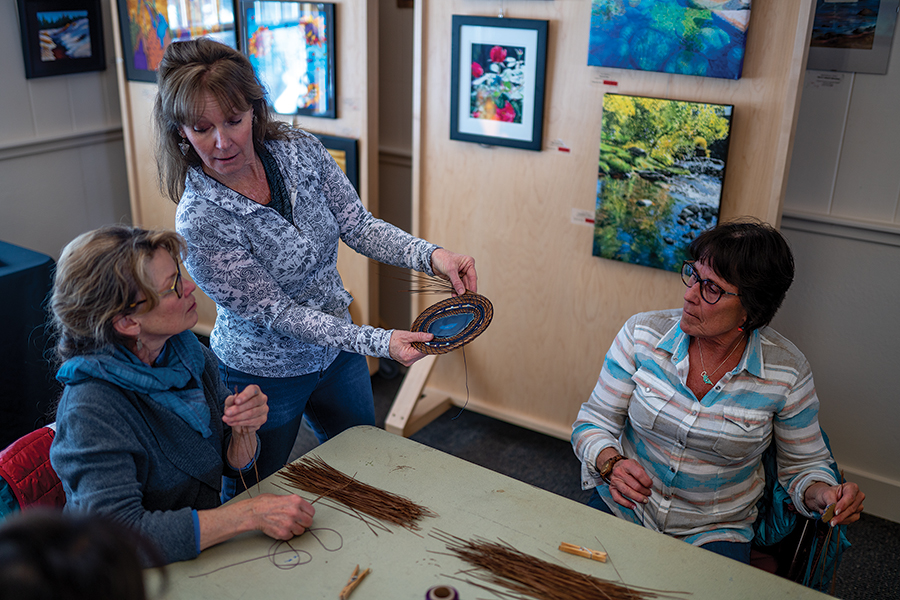 Today, Karey weaves with pine needles, some of which she collects from her own yard in Tahoe City, creating intricately crafted baskets stitched together with colorful thread and centered with a stone attached to a leather backing. Her baskets can be seen at North Tahoe Arts in Tahoe City, where she’ll teach five classes open to the public in 2019, the next of which is April 11.

“Being born and raised here, knowing the area and loving nature, it’s been really inspiring to me to do this form of artwork, involving the history behind everything,” Karey says.

In the workshop, students will learn simple techniques and stitches to produce a basket interwoven with special embellishments. You can include gemstones, beads, feathers, and more, provided by Karey, or are welcome to bring something of meaning from home. From teen to senior, this is an all-levels course that’s doable for everyone.

So, if you’ve only driven by the little wooden building on the south side of North Lake Boulevard overlooking the lake in Tahoe City, it’s time to stop in. The North Tahoe Arts gallery is not just the home of exhibits for artists involved with the organization, but a hub of classes, monthly art meetups, and programs that promote the arts for kids and adults throughout the year.

Basket Weaving for the Soul
Sports & Outdoors
All Day