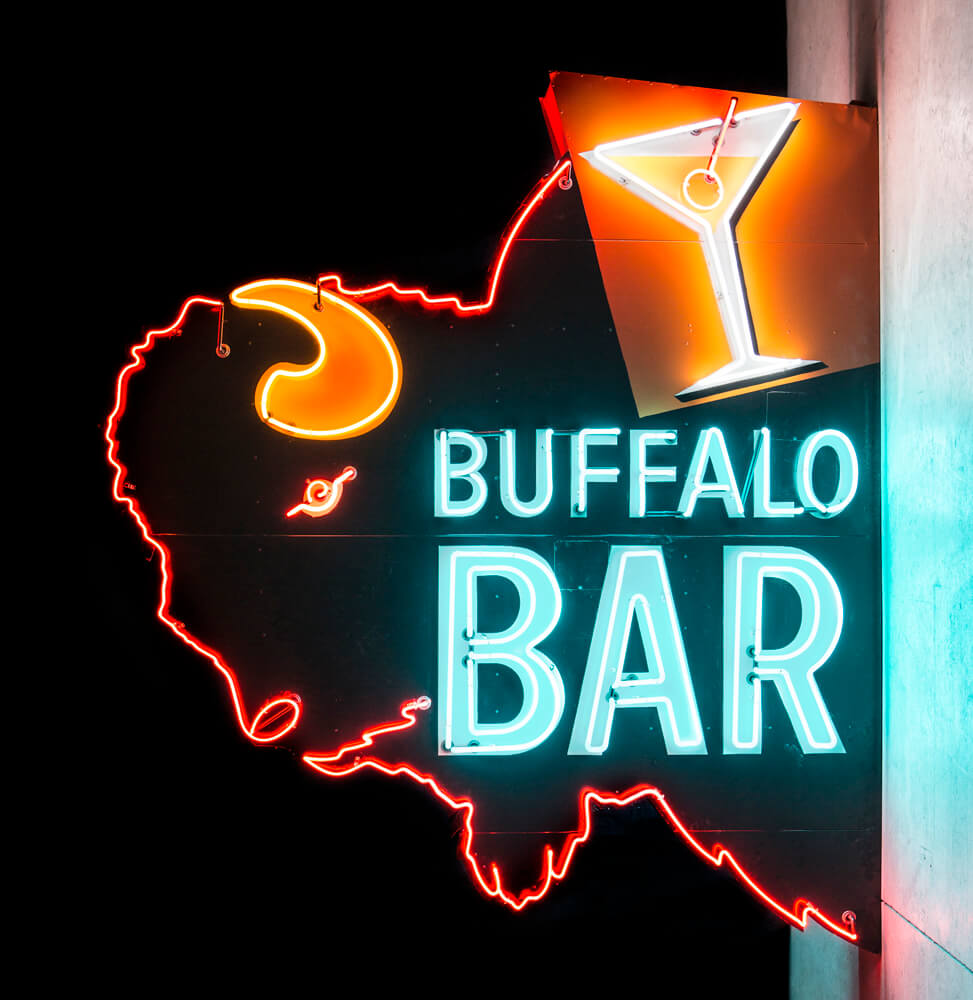 Know what I love most about road trips? Stumbling upon the unexpected. Graffiti, public art sculptures, vintage signage, murals. The art we find in transit is special because it makes us stop. Whether we park to admire or just stare as we drive past, these distractions can become awakenings, lessons, and moments of enjoyment in an arena of abrasive billboard ads and road signs. Some exciting road-themed projects popped up on my radar this month, so take a little trip with me now:

Stop #1: Incline Village, Nev.
We start on the North Shore of Lake Tahoe in Incline Village, home of Sierra Nevada College. Among the Subarus and Audis you’re likely to pass, look for one special new road resident — a vintage 1958 Streamline trailer that’s been converted by Sierra Nevada College Fine Arts, the campus’s Tahoe Gallery, and the Student Gallery Club into a deluxe, mobile exhibit space. The trio purchased the Streamline off Craigslist in June and worked through the summer readying it for its maiden voyage, to Burning Man. SNC offers a Burning Man course, and this year’s students were lucky to have the Streamline Gallery to host their projects and directives while they were there.

But the Streamline Gallery is destined for more than just drives to the Playa. It will accompany SNC ceramics students to the annual California Conference for the Advancement of Ceramic Art in Davis each spring, where gallery space is at a premium. It will travel with the college’s High Desert Installation course, when students spend two weeks on the road throughout the Great Basin. The Streamline will be a home for collaborations with other local galleries, and it will be available for reaching out to the community at events like Truckee Thursdays, where Tahoe Gallery coordinator Logan Lape says they’d like to see it parked some day. “The trailer can function as a pop-up print shop, a display of class projects, an immersive installation setup, and any number of other things,” says Lape.

Stop #2: Reno, Nev.
Heading up Mount Rose Highway, it’s 34 miles to our next stop, the Nevada Museum of Art on West Liberty Street in Reno. Pulling up, you might notice an extra glow. As you step inside, listen closely and you’ll hear the difference. The slow hum, a flicker of ice-blue light — it’s neon. While these bright-colored tubes and flashing incandescent lights are most often roadside ads designed to grab our attention, from Oct. 13 through Jan. 10 they earn museum-quality status as part of the exhibit The Light Circus: Art of Nevada Neon. The lights’ former homes span the state, from Sparks’ Buffalo Bar to El Cholo, one of Nevada’s oldest Mexican restaurants located in Las Vegas. Unlike most gallery-displayed art, there’s no attribution, except for Reno collector Will Durham, who’s dedicated 16 years to amassing this collection. Most of the artisans (illustrators, metal workers, painters, and neon artists) who developed these neon lights are unknown.

“Artwork expressed in glowing neon and argon was the most pervasive form of roadside art during the majority of the 20th century,” says Durham. “By most, neon signs were not considered art, but they had unquestionable impact . . . It is only with a little distance from their past that these signs can be reconsidered as something more substantial than their original station.”

Stop #3: Lee Vining, Calif.
Driving south down U.S. Route 395, our road trip crosses us back into California, traveling 138 miles to Lee Vining, the start of Tioga Pass’s ascent into Yosemite. It’s a well-traveled path for Tahoe’s rock- and powder-hungry denizens. It’s also a site on the Migrating Mural’s first initiative, an art project that spans 145 miles of Hwy 395 to bring attention to bighorn sheep migratory routes. San Francisco artist Jane Kim’s goal for Migrating Mural is to expose the public to endangered, transient animals that otherwise go unseen. The project’s appeal is multifold: It highlights animal migration routes, beautifies human migration routes, and catalyzes both wildlife conservation and public art. A four-site Hwy 395 effort is step one in making that happen.

Kim launched fundraising for the first series of murals on Kickstarter in late September with a $20,000 goal to complete the first mural, which she’ll begin painting Oct. 20 on the Mt. Williamson Motel in Independence, Calif. Within one week, she reached that goal; now all additional contributions will fund the rest of the Sierra Nevada series: roadside murals on Tioga Pass and in Bishop and Olancha. Kim aims to finish all four bighorn sheep murals by this time next year.
“This project brings a magnificent artist into the conservation effort for a magnificent animal in a magnificent mountain range,” said John Wehausen, founder of the Sierra Nevada Bighorn Sheep Foundation, in a press release.

For passersby, Kim says, these murals will be a magnificent exposure to art on I-395’s long stretch.  For many, myself included, the murals will be become destinations in themselves. There’s already talk of tours and races along the Migrating Mural route.

“I love how murals can become landmarks,” Kims says.

To contribute to the Migrating Mural, visit ink-dwell.com and follow the Kickstarter link; Kickstarter funding runs through Oct. 23.

OUTDOORS | Be a Birdwatcher

Art Is a Highway