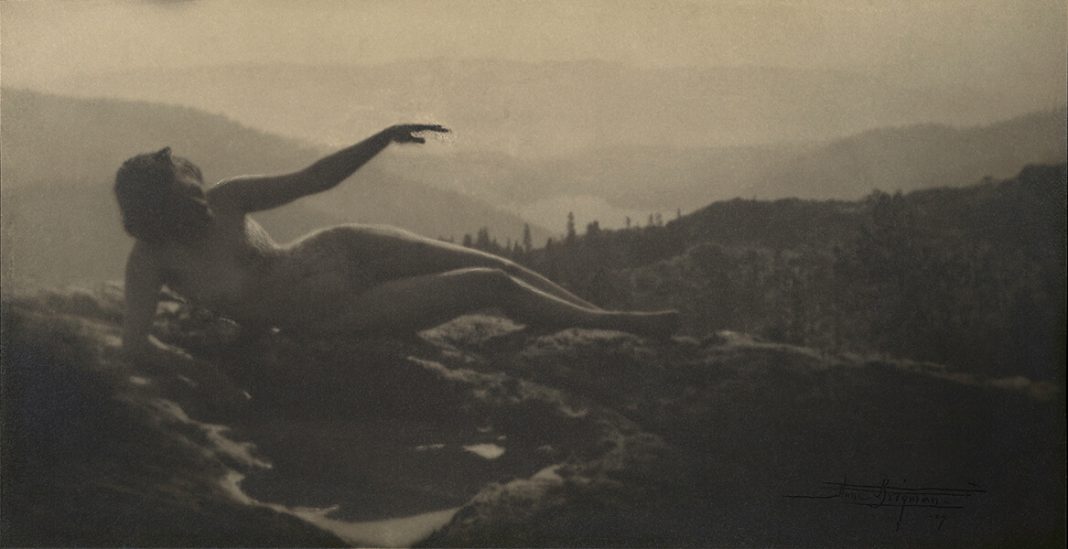 “Fear is the great chain which binds women and prevents their development, and fear is the one apparently big thing which has no real foundation in life. Cast fear out of the lives of women and they can and will take their place in the scheme of mankind and in the plan of the universe as the absolute equal of man.” ~Published in the San Francisco Call, June 8, 1913

All my life, my mother has said, “To be a woman, is to be indelibly strong.” It seems that history, all throughout, will tell you this too. It’s true. I’ve seen strength in the women before me and all around me.

If I could depict this sentiment through art, it would be the work of Anne Brigman (1869-1950), a pioneering feminist, suffragette, landscape photographer, poet, and mountaineer. Her well-known photographs — romantic black and white nudes — capture the beauty of the human body and high desert geography as one. Brigman reminds me what it means to be a woman: courageous, wild, and indelibly strong.

“My pictures tell of my freedom of soul, of my emancipation from fear,” Brigman wrote in 1913. “I slowly found my power with the camera among the junipers and the tamarack pines of the high, storm swept altitudes.”

In September, the Nevada Museum of art began the exhibit Anne Brigman: A Visionary in Modern Photography, celebrating her catalyzing role in modern landscape and feminist photography. This is the first-ever major retrospective of Brigman’s work, featuring 250 photographs from public and private collections from around the world including the Metropolitan Museum of Art, the Wilson Center in London, The Museum of Modern Art in New York, and the Oakland Museum of California.

“This is an opportunity to rediscover the work of a woman photographer that was well known during her time, but has been overlooked in past decades,” said curator Ann Wolfe. “It’s also very inspiring when that artist walked and breathed among the landscapes we all know and love.”

Throughout her life, Brigman was recognized for her courageous and modernist spirit as one of the first-ever female photographers to capture self-portraits of her body in the wilderness. As a woman with a Christian missionary upbringing and a suffragette, she did not fit the conventional profile of the early 1900s woman, and was often an advocate for women’s rights. Her work and her life as an artist was tied to the social-political time in which she lived, demonstrating her freedom of soul and mind. We have so much to learn from her, still today.

“If you think of the act of going into the wilderness and being nude, that’s a very brave and liberating act,” Wolfe said. “This was Anne’s way of claiming her body and the landscape for herself. She felt that it was important that women didn’t have fear in their lives.”

As part of the exhibit, the Nevada Museum of Art has also published a 400-page monograph with New York publisher Rizzoli Electa, looking specifically at Brigman’s career and the work she produced in her lifetime.

Through January, there will also be various events including Anne: In Her Own Words, a theatrical presentation telling the story of Brigman’s life in her own words at the Bruka Theater Nov. 3, a winter solstice yoga celebration Dec. 30, and Smoke Goddess: Judy Chicago on Land Art and the Desert, in conversation with Phillip Kaiser Jan. 23.