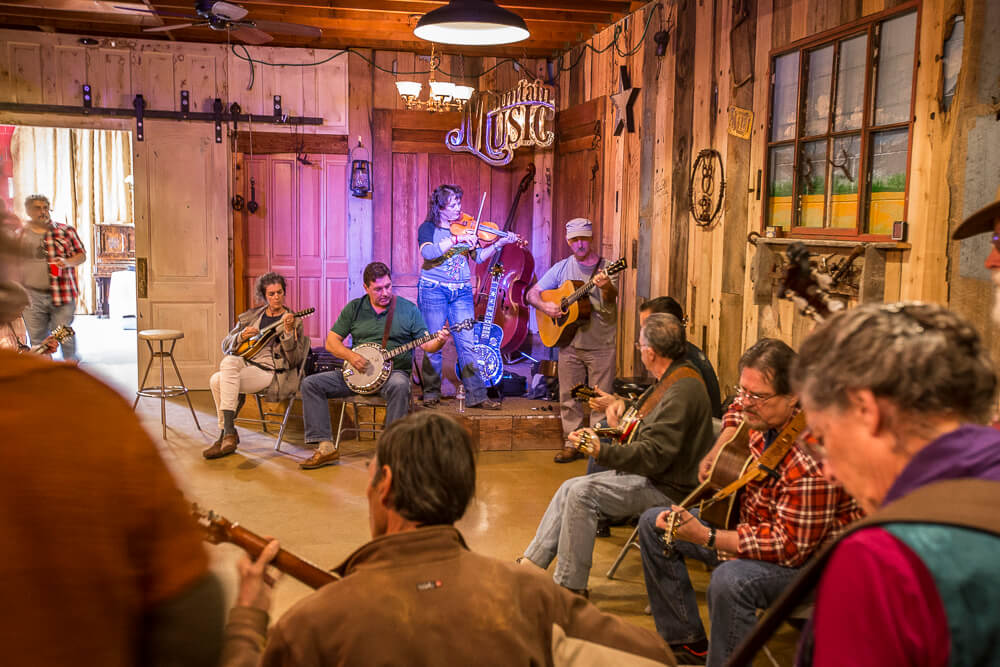 Are you what seasoned jammers refer to as a “closet musician”? Can you  hardly put down your instrument when at home, but you’re terrified to death of playing in front of other people? If so, joining a local jam session could be the way to step into the light so you can experience the full joy of making music with others. Luckily, there are numerous opportunities to attend open jam sessions in various genres throughout the Reno/Tahoe region.

Some of the longest running traditions in the area are curated by the Northern Nevada Bluegrass Association. Bluegrass — a musical style derived from Northern European ballads, reels, and jigs brought to the Appalachian Mountains to meld with the country and blues of the deep south and river country — has long been one of the most accessible genres for all levels of musicians.

“It’s the simplicity of the music,” NNBA President Rick Sparks says. “There are many types of music that are a lot more difficult to learn how to play with other people. In classical music, for example, you need a lot of training. But most people learn to play bluegrass music by ear. Even if you don’t think you have an ear for it, you can learn how to play it.”

NNBA offers group jam sessions for all levels twice a month in Reno (see sidebar), as well as bi-weekly workshops with four different groupings to accommodate all types of players from ultra-beginner to advanced.

“The advanced group plays a lot of fiddle tunes with people more accustomed to taking solos,” Sparks explains. “At the beginner jams, it’s okay to strum along and learn the material. It’s a good opportunity to learn a lot of different songs that are played in jams all the time. It’s not necessary that people have to play real well or anything. Even if you simply want to learn how to sing harmonies, this is kind of a learning jam.”

Another exciting project that began in Reno in 2015 is the Mountain Music Parlor, a music school dedicated to preserving traditional American genres such as bluegrass, old-time, cowboy, Hawaiian, and barbershop quartet.

“Jam sessions for bluegrass and old-time music are all about people gathering together and picking the songs through the generations,” parlor founder Renee Lauderback says. “It’s about nurturing America’s traditional music and not letting it slip through the cracks. We have a mission here at Mountain Music Parlor, and that is to save whatever we can save. Why would you want the heritage of your country to disappear?”

Lauderback believes the advent of the internet and social media has led people to abandon their communities for the isolation of headphones and a false sense of kinship. She believes getting together to jam on some traditional music is one way to reclaim our human relationships and come back together via a custom nearly as old as man itself.

“People don’t get together anymore and share music,” Lauderback laments. “That’s the problem with social media. It doesn’t make community, it destroys it. It’s important to keep sharing the music because it keeps the nuances still alive. It’s something that’s wonderful and it makes us happy.”
In addition to personal instruction on playing, and collaborating with others, the jam sessions at Mountain Music Parlor help to pass on songs and stories that might otherwise be lost to the mists of time. Take, for example, cowboy jam leader Tex Weir.

“He comes from a family that goes back 200 years of documented frontiersman,” Lauderback says. “He knows the songs. He knows the stories. He knows the verses that nobody else knows. He’s pushing 80 and he’s got more energy than most people I know. He’s such a blessing. More people need to come and see what the heck it’s all about because the Wild West is disappearing. You come into Reno and it’s like, ‘Where are the Western wear stores?’”

In her own words, Lauderback was called by a higher power to help preserve this musical history and pass it on the next generation.

“It’s my God-given talent and He hit me over the head and said, ‘You’re going to do this,’” she marvels. “I was doing a rain gutter and repair company. It was fun for a time, but after a while with the hot summers getting burnt from the hot metal, I was kind of over it. I went to my first big bluegrass festival in Grass Valley and I totally fell in love with it. When this idea came along, I said, ‘That’s what I’m going to do.’”

By inviting people to share in the natural joy of our collective musical history, Lauderback hopes that we can remember some of what makes us both human and American.“That’s the beauty of it,” Lauderback says, “sharing and laughing and encouraging each other. We want the kids to come because they are the ones that are going to carry the torch. We want them to listen to the melodies and words and know that it is our history. We’re preserving and making history here, and doing something really special.”

A Guide to Local Jam Sessions
Sports & Outdoors
All Day